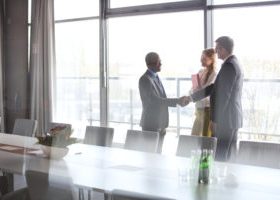 YEAR 2023 is a busy year for the sports community as the world catches up after the lockdowns. Philippine Sports Commission (PSC) backs our national team in nine (9) major competitions across the globe next year.

The PSC proposed a total budget of over P546 million to the Department of Budget and Management (DBM) for five of these nine sporting events to provide for the needs of the national athletes and send them to the upcoming international multisport tournaments next year.

The PSC proposed the highest budget portion of P250 million for the country’s participation in the 32nd Southeast Asian Games in Phnom Penh, Cambodia from May 2-16, 2023. The sports agency hopes that our national athletes will surpass the previous fourth place finish in the biggest biennial multisport event in the region.

“We are hoping that the proposed budget will be approved by our country’s leaders. As a former athlete, the unwavering support of the government along with the full backing of the Filipino people are vital for our success,” said PSC Commissioner and Officer-in-Charge Bong Coo.

Budget for participation in the ASEAN Para Games and Asian Para Games and two world-level competitions of FIBA and FIFA are still being finalized as of this writing.

The 19th Asian Games in Hangzhou, China slated Sept. 23 to Oct. 8, gets a P100-million budget. During the 18th edition in Jakarta-Palembang, Indonesia in 2018, Team Philippines won four gold, two silver, and 15 bronze medals.

The country is also eyeing to send the national athletes to the 4th World Combat Games in Riyadh, Saudi Arabia from Oct. 5-14, 2023, with P72-million proposed budget, followed by the 6th Asian Indoor and Martial Arts Games in Bangkok-Chonburi, Thailand slated Nov. 17-26 with P67 million and in the 2nd World Beach Games in Bali, Indonesia from Aug. 5-17, with a proposed fund of P56 million.

The PSC also believes that our para-athletes will continue their success and even up their game as they see action at the 12th ASEAN Para Games from June 3-9 in Cambodia and Hangzhou Asian Para Games from Oct. 22-28, next year.

Ms. Coo, the PSC’s present officer in charge remarked that they are “happy and proud that our Filipino athletes have reached this level and are up against the best teams in the world and we support them in any way we can.”