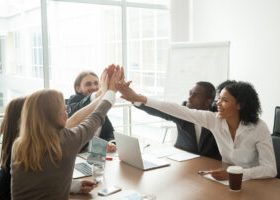 US tech titan Microsoft is locked in a trademark dispute with a woman in Northampton after she named her business Word Windows.

But on 1 July, nine days before the product was due to be launched, she received a letter from lawyers representing Microsoft opposing her trademark.

“I’ve been in negotiations with Microsoft to try and resolve the situation and demonstrate that I’m not trying to infringe on their product or services. I’m just trying to develop literacy levels in the UK,” she added.

John Coldham, an intellectual property lawyer at Gowling WLG, said that firms can use words that are purely descriptive of what a firm does as long as they do not “piggy back” on a brand or cause confusion.

“The trouble for Ms McKenzie is that she is using it as a brand – she applied for a trademark for it, and what Microsoft is saying is that she shouldn’t be allowed a trademark so similar to theirs. We will have to see if she can argue that it is not likely to cause any confusion or be seen as piggy backing off Microsoft’s brands,” Coldham said.