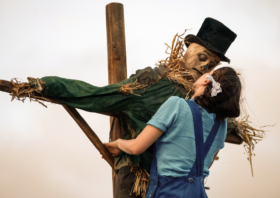 FRANKFURT — Sanofi’s recent stock rout underscores the pressure on the French drugmaker to redouble its efforts in the hunt for new medicines.

Chief Executive Paul Hudson is entering his fourth year at the helm next month and has presided over a number of setbacks, most recently the failure of breast cancer pill amcenestrant, which Sanofi had touted as having strong commercial potential.

The ensuing drop in the share price compounded losses from an investor scare over litigation linked to alleged cancer risks of heartburn drug Zantac days earlier, resulting in a more than 14% slump over eight days.

“My belief is that (the stock price) recovery will come because of an incredible disconnect between the fundamentals of the company and its valuation,” Finance Chief Jean-Baptiste de Chatillon told Reuters on Wednesday.

“The growth will be fueled again by very strong assets coming up,” said Mr. De Chatillon, pointing to a hemophilia drug project and potential new treatment for childhood respiratory infections.

For Markus Manns, portfolio manager at Germany-based Union Investment, which holds Sanofi stock, this is misplaced optimism following the failure of amcenestrant.

“This is a massive setback and there is a very thin pipeline left when compared with companies such as Roche or AstraZeneca. It’s unfortunate, if Sanofi does not accept that,” he said.

Sanofi has also encountered major setbacks in the coronavirus disease 2019 (COVID-19) vaccine race, losing the market to BioNTech-Pfizer and Moderna.

That is piling pressure on Mr. Hudson, a former Novartis executive, who was tasked with reviving the share price and simplifying the business centered on vaccines, immunology, rare diseases and oncology.

The shares have risen 5% since the start of his tenure, but have underperformed the European drug sector, amid worries about the increasingly bare cupboard of potential blockbuster drugs.

SETBACKSSanofi’s finances have been boosted by eczema and asthma drug Dupixent, growing at more than 40% in sales during the first half with projected annual sales of up to €13 billion ($13.1 billion). For now, Dupixent is buying Sanofi time. Its key patents will likely not expire before 2032, Mr. Manns said.

But the oncology flop was not a one-off setback.

Earlier this year, concerns over liver damage led to a halt in new patient enrolment in a trial of multiple sclerosis drug candidate tolebrutinib, part of a potential new drug class also contested by Merck KGaA, Novartis, and Roche.

After problems with two of the company’s most important development projects, Mr. Manns said he would have welcomed signals from management that efforts or deals to improve drug prospects would now be intensified.

“This is a bit of an added concern, if management does not acknowledge that,” said the fund manager.

SVB Securities analysts said the twin blow was “negative for sentiment for the company’s R&D productivity and topline growth prospects,” cutting their price target though maintaining the view that the beaten down stock could yet outperform.

Guggenheim analyst Seamus Fernandez thought the market reaction to the Zantac legal threat was overdone but said investors buying into the dip may need patience.

“These types of selloffs often present an opportunity for disciplined, long-term investors,” he wrote on Thursday.

Zantac, a once-popular antacid, has drawn a flurry of US lawsuits alleging it causes cancer. Sanofi, GSK and a number of generic drug makers are accused in the lawsuits of failing to properly warn users about health risks. The first court trials begin early next year.