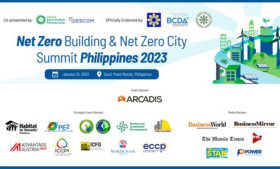 MARINERONG Pilipino, after a long wait, aims to complete its unfinished business when it shoots for the coveted crown against EcoOil-La Salle in Game 2 of the PBA D-League Aspirants’ Cup best-of-three finals at the Smart-Araneta Coliseum.

Game time is at 12 p.m. with the Skippers eyeing a date with destiny after fumbling a golden chance back in 2019 prior to the pandemic and the D-League’s eventual two-year hiatus.

Marinero then swept the eliminations and barged straight into the finals only to bow against champion BRT Sumisip Basilan-St. Clare, making this time a perfect opportunity to finally realize the D-League title dream.

For the former University of the Philippines stalwart who also had a stint in the Japan B. League, there’s no better gift for Marinero than to help deliver that title promise.

“Ever since Marinero joined, they’ve never won the championship. I believe this is our perfect chance to finally give them one and we’ll start from there and build a history together,” said Mr. De Liaño.

Standing in the Skippers’ way are the defiant Green Archers, who are determined to keep their own title hopes alive.

“We understand the importance of this game and the challenge is already there for the players. We can’t let ourselves fall behind early and just play catch-up. We have to be at our A-game from the very start,” vowed mentor Derrick Pumaren. — John Bryan Ulanday