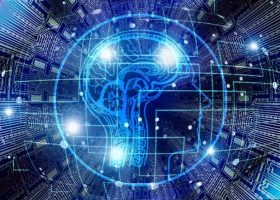 Microsoft aims for AI-powered version of Bing – The Information

A CONGRESSMAN has urged President Ferdinand R. Marcos, Jr. to push the scrapping of the excise tax and 12% value-added tax (VAT) on petroleum products as face-to-face classes resumed.

Party-list Rep. Arlene D. Brosas issued the call after a new round of oil price increases took effect on Tuesday.

“The quickest way to bring down local oil prices is to scrap the TRAIN Law excise tax and VAT on oil, yet the Marcos Jr. administration still has not made any mention of it,” the assistant minority leader said.

Several lawmakers including Ms. Brosas has filed House Bill 400, which seeks to do away with excise taxes and VAT on oil products.

This could cut pump prices by as much P15 a liter for diesel and by P33 for an 11-kilogram liquefied petroleum gas, she said.

“Whatever is deducted from the profits of the government by House Bill 400 can be made back with a wealth tax for Filipino billionaires,” she said, adding that the administration should consider repealing the Oil Deregulation law. — Matthew Carl L. Montecillo