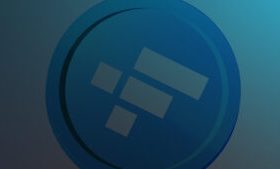 A key mortgage rate has hit 4% for the first time in nine years. The financial data provider Moneyfacts said the average new two-year fixed rate had increased by 0.14% since the start of this month, and now stood at 4.09%.

This is the first time the average figure has broken through 4% since early 2013.

It said the price of new mortgages was rising even faster than UK interest rates, adding to the dilemma faced by many thinking about taking out a new loan on a home.

In December 2021, the average new two-year fixed rate was priced at 2.34%, so it has risen by 1.75 percentage points since then. That means the typical cost of these deals is rising at a faster rate than official borrowing costs. Over the same period the Bank of England base rate has increased by 1.65 percentage points – from 0.1% in December 2021 to 1.75% now.

The average new five-year fixed rate has now reached 4.24%, a rise of 1.6 percentage points compared with December 2021, when the typical price was 2.64%.

At the start of this month, the average “shelf life” of a new mortgage deal – or the time it is available to consumers before it has to be altered or pulled – had fallen to a record low of 17 days, according to Moneyfacts.

In the aftermath of the 0.5 percentage point interest rate increase on 4 August, many providers are continuing to reprice their offerings and pull their deals off sale, sometimes with very little notice.

It is estimated that between 1.3m and 1.5m fixed-rate mortgage deals are scheduled to end during 2022, and many of the people with these loans are worried about rising costs and keen to take out another fixed-rate home loan. The same applies to many people buying their first property, who will typically want the security of fixed monthly payments.

But this clamour has prompted some mortgage lenders to temporarily pull down the shutters.

“The level of choice has reduced … We have seen lenders withdraw parts of, or entire, product ranges, with a number citing the pause in lending being due to unprecedented demand,” said Eleanor Williams, a mortgage expert at the data provider.

She said banks and building societies needed to manage their service levels after an influx of applications “as borrowers have rushed to secure deals before rates have a chance to climb even further”.