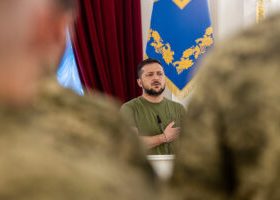 A SCENE from the series House of Dragon

THE PREMIERE of House of the Dragon drew nearly 10 million viewers on Sunday on television and the HBO Max streaming service, the largest audience for any new original series in the history of network, HBO reported.

Anticipation for the series, set 200 years before HBO’s Game of Thrones, fanned conversation on social media, where House of Dragon remained a top trending topic on Twitter for 14 hours, HBO said on Monday. — Reuters