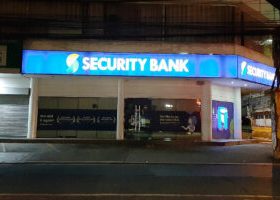 THE DALLAS Cowboys are worth $8 billion, according to Forbes’ 25th Annual NFL Team Valuations released Monday.

This is the 14th straight year the team has topped the list, and it is worth more than any other sports franchise, Forbes said. The Cowboys’ value jumped 23 percent from last year.

The New England Patriots followed with a value of $6.4 billion, and the Super Bowl champion Los Angeles Rams reached $6.2 billion.

The Rams’ opponent in Super Bowl LVI in February, the Cincinnati Bengals, had the lowest value of the 32 NFL teams at $3 billion.

Dallas also was the first team to bring in more than $1 billion in annual revenues, thanks to a variety of high-earning sponsorship deals, Forbes reported.

“The sale of the Denver Broncos for a record $4.65 billion helped push up the value of all NFL teams,” said Mike Ozanian, assistant managing editor at Forbes in a news release.

Walmart heir Rob Walton and his partnership group completed the purchase of the Broncos earlier this month. — Reuters