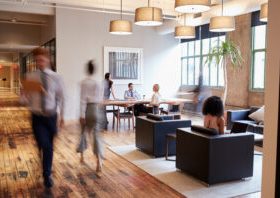 MUMBAI — Clean water had just started sputtering from newly installed taps in Pachdongri village in western India last month when the power supply to the hilly hamlet was cut off for unpaid bills.

The utilities must pay coal firms upfront to buy the fossil fuel to produce electricity, but are struggling to do so as their cash flow is squeezed due to consumers failing to pay for their power, threatening supply.

As India tries to cut its power sector’s losses with financial aid to utilities and promotion of solar energy in agriculture, the financial stress on the sector has tragically impacted Pachdongri, a village of fewer than 1,000 people.

“If water supply had continued, the deaths could have been avoided as people consumed contaminated water from a well,” said Sanjay Bhuta Jamunkar, 32, the council head for five villages, including Pachdongri, in western Maharashtra state.

Following the cholera outbreak, the government issued orders to utilities not to disconnect the power supply to public water works, and the state is also now considering clearing the debts of village councils, utility officials said.

“This was our first power bill for operating the water pump. We weren’t sure we had to pay it, as work on the water connections was still underway,” said Mr. Jamunkar, noting that the council pays bills from the property and water taxes it levies on households.

“But collections are poor as this is a tribal area, people are either landless or small landowners. Many are unemployed. We try to manage,” he told the Thomson Reuters Foundation by phone.

Officials at power distribution companies say they are walking a tightrope in their day-to-day dealings with generation firms as they clear just about enough debts to keep the power supply online.

Pachdongri gets its power from the state-run Maharashtra State Electricity Distribution Co. Ltd (MSEDCL), which warned its 30 million consumers last December it would disconnect supplies for those who did not pay their bills.

The utility cited “an unprecedented amount of arrears and increasing financial burden” as a threat to its very existence.

Vijay Singhal, MSEDCL chairman and managing director, said his company had to purchase power to provide it to consumers.

“I am asking people to pay up as I am not getting it for free,” he added.

Local officials who turned off the power supply to Pachdongri in Maharashtra’s Amravati district said they had informed the village council about the impending cut if it failed to pay at least some of its dues.

The power was restored within a day, they added.

“If they have used power, they need to pay for it,” said Dilip Khanande, superintending engineer for MSEDCL in Amravati.

Officials at Jal Jeevan Mission, a pan-India project to ensure every rural household gets 55 liters of water per capita per day, estimated that about 40% of village councils’ power bills are linked to operating water pumps.

Mr. Khanande said he was able to recover only half of monthly bills of about 10 million rupees accrued for running about 2,000 rural water connections in his district.

RURAL REALITYPower availability in rural areas has gone up to about 22.5 hours daily from about 12.5 hours in 2015, with all villages now electrified, the central government said this year.

But as long-awaited electricity and water connections reach more rural areas, the cost of consuming the resources has risen.

“We are looking at solar-based water pumps so they don’t require electricity connection to avoid these challenges,” said Hrishikesh Yashod, Maharashtra director for Jal Jeevan Mission.

With water pumps running more to supply household taps, power consumption has gone up and so have councils’ electricity bills, said Yusuf Kabir, a water and health specialist with the United Nations children’s agency, UNICEF, in Maharashtra.

“We see the intention to pay is there. All they need is a certain level of service,” Mr. Mitra said.

CONTAMINATED WATERResidents of Pachdongri village had hoped the completion of the tap water project in July would lead to a steady supply and end their dependence for drinking water on a well 2 kilometers away.

Farmer Akshay Amode, 24, saw clean water gush from his household tap the first time a day before power was cut.

The villagers then resorted to well water again — but it was contaminated with sewage due to runoff triggered by heavy rains, said health officials who tested the water.

About 200 people took ill after drinking it and five died, officials said.

Among them was Sahdev Ramaji Akhande’s wife, who had yet to see a running tap in her home.

The 32-year-old farmer, a father of two, recalled the night his wife writhed in pain as he struggled to organize a private car to rush her to hospital.

Three days after she died, Mr. Akhande’s home got a tap water connection. But the supply is still intermittent, so he drinks water from tankers serving the village since the cholera outbreak and buys water for his farm.

He knew nothing of another impending expense: the village council — yet to pay its outstanding power bill — is mulling a doubling of the monthly water tax from 100 rupees per household.