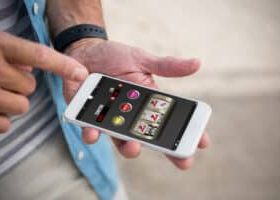 Playing casinos through your smartphone in Canada

BDO funded the bulk of LCWDC’s Bulacan Bulk Water Supply Project (BBWSP) and helped extend the long-term loan facility that was used to finance the first and second construction stages of the project, the bank said in a statement on Monday. This covered the treatment and delivery of bulk water to 13 local government units in Bulacan.

BBWSP, a public-private partnership project, is a water treatment plant and pipeline conveyance facility with three stages meant to address the rising demand for clean water in Bulacan.

Through this, LCWDC has been supplying steady and clean water to water districts in Bulacan, and has been expanding its service area coverage.

It also seeks to address issues such as inadequate water supply, low water pressure due to limited distribution systems, and saline water intrusion with groundwater.

“BDO has been very supportive to us in LCWDC especially in the financing requirements of the Bulacan Bulk Water Supply Project,” LCWDC Director Raoul C. Romulo was quoted as saying.

“Our business relationship with BDO has blossomed since we started banking with them in 2016 and today, it lends support to other projects pursued by the San Miguel group,” Mr. Romulo said.

The Wawa Bulk Water Supply Project is one of the government’s initiatives to help solve the water crisis in Metro Manila and in Rizal. It is meant to help address flooding problems in downstream communities due to typhoons and to protect the eastern part of Metro Manila and lower areas in Rizal, Marikina City, and Pasig City.

“The Razon Group has long-time dealings with BDO. We highly value our relationship with BDO and continue to accord the bank a significant portion of our business,” Prime Infra President and Chief Executive Officer Guillaume Lucci said.

This brought its net profit for the first half to P23.943 billion, 12% higher than the P21.421 billion seen in the comparable year-ago period.