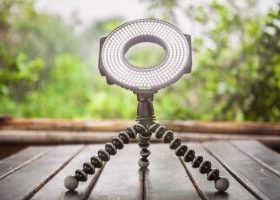 In an organizational meeting and briefing of the Senate Committee on Banks, Financial Institutions and Currencies, Bangko Sentral ng Pilipinas (BSP) Senior Assistant Governor Elmore O. Capule presented the regulator’s proposed legislative agenda for the 19th Congress, which included measures amending Republic Act No. 1405 or the Secrecy of Bank Deposits Law, regulating the use of financial accounts and mandating the registration of SIM cards and the institutionalization of digital payments.

Mr. Capule said there is a need to amend the country’s bank secrecy law as current rules only allow the BSP to look into select data and records.

“The BSP recommends amendments to the Secrecy of Bank Deposits Law to be limited within the confines of BSP’s banking supervision and its investigation of closed banks… We are only looking at deposit accounts of stockholders, owners, directors, trustees, officers or employees of banks as well as their agents and related parties… We are opening bank secrecy only on a very limited scale. We do not want bankers to abuse their power as bankers,” Mr. Capule added.

The bill may help improve the country’s chances of exiting the FATF’s gray list of jurisdictions under increased monitoring for dirty money risks early, he said. The FATF put the Philippines on its gray list in June 2021 and officials hope the country can be removed by January 2023.

“One of the findings of the FATF is that there is no effective implementation of the money laundering law as well as other laws because of stringent bank secrecy. They said one of our constraints is the lack of ability of competent authorities to access information held by banks,” Mr. Capule said.

The official said most banks are closed by the Monetary Board due to insider abuse, with bankers creating dummy accounts to borrow from their own banks.

“We have cases whereby the bankers themselves borrow from their own bank or committed fraud and try to hide the proceeds of these illicit funds in their very own bank, which the BSP cannot even look into, and that’s very troubling because the bankers are supposed to protect the money of their depositors. And yet, because of this bank secrecy, we are allowing them to use that law to protect their illegal activities,” the official said.

Mr. Capule said the proposal will include safeguards against abuse of authority and stringent requirements to determine which accounts can be looked into.

He said under their proposal, only the Monetary Board can order opening and investigating an account considering three grounds: fraud, serious irregularity, and unlawful activity being committed by the concerned people.

The use of the information found from opening the account will be limited to the BSP and for the criminal prosecution of the parties involved. Sharing of this information will also be limited to the Securities and Exchange Commission, Philippine Deposit Insurance Corp., Anti-Money Laundering Council, the Department of Justice and the courts.

Amendments to the bank secrecy law will also go hand in hand with regulating the use of financial accounts, the official added.

“We know that there are a lot of money mules or a lot of criminal activities, social engineering schemes, phishing, where they use bank accounts or electronic wallets. Our problem here is that there is insufficient legislation to deter this activity. We are also asking for authority for the BSP to apply for cybercrime warrants and to do the investigation of these kinds of criminal activities,” Mr. Capule said.

The official said the BSP will also back the proposed Digital Payments and SIM Card Registration Acts, which are among the measures the national government is set to propose to lawmakers. — with a report from KBT