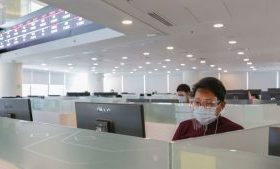 THE 18 FULL-LENGTH feature films that were in competition in the recently concluded Cinemalaya film festival will be shown from Aug. 24 to 31 at the Cinema ‘76 Film Society in the Anonas LRT City Center, Aurora Blvd., Quezon City. Tickets to the screenings are P250. For more information on the screening schedules and to reserve tickets, visit https://bit.ly/Cinemalaya18C76.

THE LONG-delayed Conferment Ceremonies for the 12 individuals, a performing group, and a publication that were named recipients of the Gawad CCP Para sa Sining in 2020 will be held on Sept. 2, 6 p.m., at the Tanghalang Nicanor Abelardo (CCP Main Theater). The Gawad CCP Para sa Sining is the highest award given by the Cultural Center of the Philippines (CCP) for outstanding achievements and contributions to Philippine arts and culture. The awarding ceremonies, originally set for 2021, were postponed due to the COVID-19 pandemic. The 2020 recipients are Rafael Catalino “Nonoy” Froilan for Dance; Raul M. Sunico for Music; Felix “Nonon” Padilla for Theater; Luis “Junyee” Yee, Jr. for Visual Arts; Lualhati Bautista for Literature; Clodualdo “Doy” del Mundo, Jr. for Film and Broadcast Arts; Cristina Turalba for Architecture; Kenneth Cobonpue for Design; the Integrated Performing Arts Guild (IPAG) for Culture of its Region; Nestor Horfilla for Cultural Work and Research; Liwayway Magazine for Development of Philippine Culture; Antonio Fabella for Dance (posthumous); and Alice Guillermo for Cultural Research (posthumous). Danilo Dolor will receive the Tanging Parangal for the development and support of the arts. The Gawad CCP Para sa Sining, which is given every three years, is awarded to artists or groups of artists who have consistently produced outstanding works, and enriched the development of their art form. The award is also given to cultural workers, who through their works in research, curatorship and administration, have helped to develop and enrich Philippine art. The Tanging Parangal is given to individuals or organizations to honor their outstanding contributions to the development of the arts in the country.

SILVERLENS has announced the appointment of Katey Acquaro as the director of Silverlens New York (NY). Acquaro comes to Silverlens from the Independent Art Fair in New York, where she served as Partner and Director of Production, developing new business with the organization and working closely with hundreds of leading international galleries and institutions including New Museum, Swiss Institute, and Institute of Contemporary Arts, London. In her new role at Silverlens, Acquaro will bring her expertise to create a program that supports emerging and experimental practices, with an emphasis on diasporic artists and underrepresented voices on tradition. Her appointment comes just as Silverlens New York opens its inaugural exhibits, The Protectors by Martha Atienza and At The Roof of the Mouth by Yee I-Lann, on Sept. 8. The gallery is at 505 West 24th St., New York.

TO mark its anniversary, MO_Space gallery presents a group show, “This is Not MO_Space: A 15th Year Anniversary Show,” featuring works by Juan Alcazaren, Poklong Anading, Jan Balquin, Bea Camacho, Roberto Chabet, Pardo de Leon, Nilo Ilarde, Celine Lee, Lou Lim, Gary-Ross Pastrana, Issay Rodriguez, José Santos III, Gerardo Tan, Miguel Lorenzo Uy, and MM Yu. The exhibit will open on Aug. 27 and run until Sept. 25. On view are works — past and present, by artists old and new — in which at one point in their process have generated dialogue with the gallery’s space, or whose forms have made their confinement within its walls central or even expandable to the idea. Consisting of paintings, sculpture, photographs, video, text, art installations of both site-specific and conceptual pieces, “This is Not MO_Space: A 15th Year Anniversary Show” is a reflection of the gallery’s own nature: of pioneering some of the most challenging ideas in contemporary local art. The gallery is at the 3rd level, MOs Design, B2 Bonifacio High Street, 9th Avenue, Bonifacio Global City, Taguig.

Exhibit illustrates the impact of wars on cities

FROM Marawi to Mariupol, the world has witnessed how urban conflicts have resulted in destruction, poverty, and death. The International Committee of the Red Cross (ICRC), in partnership with the Embassy of Switzerland in the Philippines and the Intramuros Administration, launched on August 18 the exhibit “War in Cities,” which features objects that were found following the armed conflicts in Iraq, and the Philippines, specifically from Marawi and Zamboanga. The exhibit, held as part of commemorations of international humanitarian law (IHL) month in the Philippines, is open to the public until Aug. 31 at the Baluartillo de San Francisco tunnel in Fort Santiago, Intramuros, Manila. The “War in Cities” exhibit was first mounted by the ICRC in Geneva, Switzerland, in 2017. This traveling exhibit provides the public a glimpse of the humanitarian needs and resilient spirit of those who lived through urban warfare. Visitors can expect to see a disfigured doll recovered from the rubble of a home in Iraq, a badly damaged desk from a school in Zamboanga, and drawings made by children affected by the Marawi conflict, among others. The exhibit will also show audio-visual materials from the ICRC archives dating back to 1922, and audio excerpts of testimonies by former ICRC staff and from other people affected by urban conflict. The exhibit is free although entrance to Fort Santiago is P75 for adults and P50 for students, senior citizens, and persons with disabilities. To know more about the exhibit, visit the exhibit event page or the ICRC Philippines’ Facebook page.

ARTIST Richelle Rivera, an entrepreneur who does impressionist and realist works, created the group Pilipinta to help fellow artists have a better platform to showcase their creativity. With 10 members currently, the group is slowly making a name for itself with the artists participating in online and physical exhibits as well as competitions. Their work is currently on view in ARTablado’s “Siklab” exhibit at Robinsons Galleria. Aside from Ms. Rivera, the participating artists are Jed Borja, a nurse who is a self-taught artist; Raphael Labuntog, described as a “Filipino pop culture surrealist”; Kring Dumalag; and Denzel San Jose. Siklab is on view until Aug. 31 at the Level 3 of Robinsons Galleria.

THE PHILIPPINE Educational Theater Association (PETA) is accepting enrollment to its first batch of hybrid theater classes (a combination of face-to-face and online classes) which will be held from Sept. 10 to Oct. 16. Offered are: Theater Arts classes (morning sessions at 9 a.m. to 2 p.m. while afternoon sessions at 3:30 to 8:30 p.m.); Creative Musical Theater (3:30 to 8:30 p.m.) which includes voice, composition, performance and various music explorations; and Basic Acting (9 a.m. to 2 p.m.). “Workshop Weekends” face-to-face sessions will be held at the PETA Theater Center, New Manila, Quezon City, and all online classes will be via Zoom. All workshops are open to students ages 17 and up, with sessions happening during weekends. Workshop participants will be able to showcase their own production at PETA’s stage as a culminating activity. To sign up, go to bit.ly/PETAWorkshops2022, or contact Betita at 0926-406-6858, betitasarmiento@petatheater.com.

WORLD TRADE CENTER Metro Manila (WTCMM) presents “Artists for Peace,” a contemporary art exhibition featuring the works of Filipino artists Nemi Miranda, Juno Galang, and Augusto Santiago. The exhibit opens on Aug. 24, and will run until Oct. 24. Miranda is a master of Imaginative Figurism and has a large number of commissioned monuments across regions of the Philippines. Galang, based in Hawaii for over 20 years, is known for his modern style that depicts figurative subjects. Santiago considers his work as Modern Impressionist and has been commissioned for major corporate and historical establishments. For details on the exhibit, call WTCMM at 8982-0000) and 0977-172-9185.

Sharing the gospel through art

AFTER a 10-year hiatus from the art scene because of mental health issues and the death of her son, Kristine Lim returns to the art scene and is now on a mission to champion sustainable living, mental health, and patriotism. She founded and spearheaded the Artists on a Mission workshop with the guidance of NGOs such as Christian + Collective, JKL Foundation, Operation Mobilization Philippines, and Sustainable PH. The Artists on a Mission Workshop moves around the Philippines sharing the gospel and conducting art workshops. Currently, Artists on a Mission Workshop is using Art to Do Trauma Debriefing Seminars for children and families affected by recent typhoons and the COVID-19 pandemic. Ms. Lim uses the proceeds from her exhibits to support and sustain small community churches, missionaries, and NGOs. She is also currently serving as the Director of Culture & Arts for Sustainable PH, a non-profit organization that promotes sustainability, and is also one of the founders and the Vice-President for External Affairs of Christian + Collective. To support the project, contact  Celine Tojos or Lita Teodosio at 0917-530-8847, 0925-546-4637, 0935-031-9931.