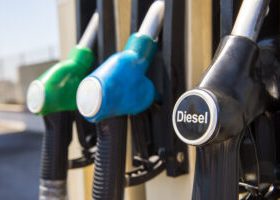 PLDT, Inc. said on Monday that its wireless arm Smart Communications, Inc. has added 2,500 more fifth-generation (5G) base stations across the country as of the end of June.

“As of end-June 2022, Smart has rolled out around 77,100 total base stations nationwide, supporting its 3G, 4G/LTE (long-term evolution) and 5G customers,” PLDT said in an e-mailed statement.

Smart deployed most of its new 5G base stations in Metro Manila, Tarlac City, Silang in Cavite, and Laguna’s Cabuyao, Lumban and Santa Rosa, among others.

“In South East Asia and Oceania, where the Philippines belongs, 5G subscriptions were around 15 million at the end of 2021 and are expected to more than double in 2022,” it noted.

“PLDT and Smart continue to invest in expanding our 5G network to make it more accessible, boosting the country’s digital transformation,” he said.

According to the group, its continued expansion puts its wireless arm’s 3G, 4G/LTE and 5G population coverage at 97% as of end-June.

“Network-related initiatives made up the bulk of the P89 billion spend for 2021. This brings PLDT’s total capex spent over the last 10 years to P518.5 billion.  Capex guidance for 2022 is at P85 billion,” it noted.

Hastings Holdings, Inc., a unit of PLDT Beneficial Trust Fund subsidiary MediaQuest Holdings, Inc., has a stake in BusinessWorld through the Philippine Star Group, which it controls. — Arjay L. Balinbin