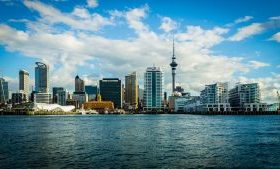 THE WORLD’s oil capital wants to go electric and get clean. To do so, it’s getting its hands on minerals critical for batteries and taking a stake in the electric vehicle-supply chain. That should put countries and companies prone to announcing ambitious plans but then doing little to make them a reality on high alert.

As shortages loom and firms attempt to secure prohibitively expensive resources in a bid to scale up manufacturing, Saudi Arabia has drawn in lithium miners and battery makers to set up operations, filling a critical gap. The country wants 30% of cars on its capital city’s roads to be electric by the end of this decade.

Australian battery chemicals and technology company EV Metals Group Plc said it was kicking off the development of its processing plants for lithium hydroxide monohydrate — a key compound for batteries — deepening its plans in the kingdom. The firm has worked with its partners for the past two years on feasibility studies, and the facility now plans to produce high-grade chemicals for cathode materials in powerpacks, an important component that EV makers are trying to get their hands on. Another Australian firm, Avass Group, announced it signed an agreement in February to jointly manufacture electric vehicles and lithium batteries with the country.

Along with these commitments, Saudi Arabia’s Ministry of Industry and Mineral Resources has announced $6 billion of projects as part of a larger push to boost its mining industry. It’s also processing almost 150 exploration license applications from foreign companies. The government signed an agreement to buy as many as 100,000 electric vehicles over 10 years from Lucid Group, Inc., an EV maker that the country’s sovereign wealth fund has a stake in. It is allocating more than $3 billion in financing and incentives to set up the plant over the next decade and a half. Foxconn Technology Group, the largest assembler of iPhones, was in talks to establish a $9-billion facility that could make chips and EV parts.

Creating manufacturing and processing facilities within its borders is a shrewd and prescient move. Not only will it eventually help bring down the costs, but more immediately — and importantly — will ensure the nation becomes a key part of the global electric vehicle-value chain. So far, besides China and its behemoth battery makers, few others have been able to achieve manufacturing scale.

Saudi Arabia has the resources, capital, and conviction — and that’s exactly what’s missing for many companies and countries. It’s now using its oil-price and demand advantage to make a transition that others are struggling with. Its geographical position adds to that, allowing it to supply Europe and get resources from China and Australia. The kingdom has started assessing and issuing mining licenses quickly to tap into its mineral resources, with an estimated potential value of $1.3 trillion. Compare that to the US, where permitting is held up and approvals for such extraction plans have fallen to multi-year lows.

Meanwhile, it could develop its own resources, too: The lithium in the salty brine byproduct around its oilfields is becoming a key source for the metal as a supply deficit widens. Researchers are now working on economically efficient ways to remove and process the lithium into a pure enough form for use in batteries.

Saudi Arabia’s advance into battery materials, as shortages raise costs and companies’ battle tightening green regulations to get ahead, is turning what stands to be a huge threat to its economy into a long-term benefit.

It’s almost too late for the US and parts of Europe to catch up. Other places in the Middle East are also looking to make the transition away from their economic reliance on oil toward greener technology. Abu Dhabi recently drew in a lithium firm to build facilities at the Khalifa Industrial Zone to extract the metal and recover valuable by-products from lithium-mica and phosphate minerals.

It shouldn’t be a surprise, then, if firms and nations soon end up swapping their dependence on Saudi Arabian oil for critical battery materials, much like they’ve had to do with China.