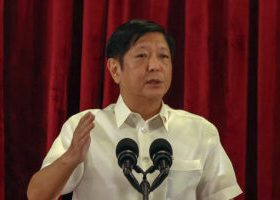 SEOUL — A woman believed to be a family member of the two children whose remains were found in suitcases in New Zealand (NZ) is in South Korea, Seoul police said on Monday.

The woman, a Korean-born New Zealander, arrived in South Korea in 2018 and had no record of departure since then, a police officer told Reuters.

Her whereabouts and whether she had other relatives with her when she arrived in South Korea were not immediately known.

“New Zealand police had requested confirmation whether the person who might be related to a crime case was in South Korea,” the police officer said, adding that given her past address and age, she could be the mother of the kids.

New Zealand police launched a homicide inquiry in Auckland this month after the remains of the children were found by a family going through the contents of a storage locker they had purchased unseen.

The children were aged between 5 and 10 years and had been dead for some time, New Zealand police have said.

The family who found the bodies were not connected to the deaths. — Reuters