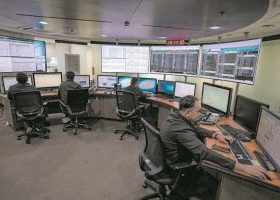 A UNIT of Prime Infrastructure Capital, Inc. is targeting to complete the second phase of the Wawa bulk water supply project by 2025 following the completion of its initial phase last June.

In a media release on Monday, Prime Infra said that in June, subsidiary WawaJVCo, Inc. completed the first phase of the project or the Tayabasan weir, a 25-meter-high roller compacted concrete structure designed to deliver 80 million liters per day. It was done ahead of its schedule in October.

This project is also expected to address problems of flooding in the lower areas of the province of Rizal, and the cities of Marikina and Pasig. Data from the MWSS website said that the project is expected to increase water supply in Metro Manila’s east zone by 30%.

Meanwhile, WawaJVCo was hailed as the best infrastructure project plan developer by the International Finance publication based in the United Kingdom for the Wawa water project.

“This recognition is a testament to Prime Infra’s commitment and strong reputation in building critical and socially relevant infrastructure. We thank our project partners and our community stakeholders for their continued trust as we progress further in the construction of this much-needed water supply project,” said Prime Infra President and Chief Executive Guillaume Lucci in the press release. — Ashley Erika O. Jose