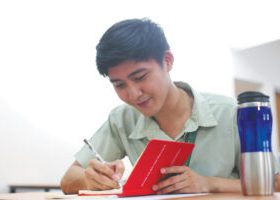 BENGALURU —  The US Federal Reserve will raise rates by 50 basis points in September amid expectations inflation has peaked and growing recession worries, according to economists in a Reuters poll, who said the risks were skewed towards a higher peak.

Still around a four-decade high, inflation eased last month, driving Fed funds futures to narrowly switch their pricing to a 50 basis point hike in September after 75 basis point moves in June and July.

Most economists in an Aug. 16–19 Reuters poll predicted a half percentage point hike next month, the same as in the last poll, which would take the key interest rate to 2.75%–3.00%.

Eighteen of the 94 surveyed expected the Fed to go for 75 basis points.

Last month, Fed Chair Jerome Powell, due to speak at Jackson Hole next week, said “it likely will become appropriate to slow the pace of increases.”

A cumulative 225 basis points of hikes since March and with more to come have brought a recession closer and the survey showed a 45% median probability of one over the coming year, up from July’s 40%, and a 50% chance of one within two years.

“A recession is a necessary evil and the only way to get to where we want to be — where people don’t lose all their money to higher prices,” said Philip Marey, senior US strategist at Rabobank.

“It doesn’t have to be a heavy one because usually big recessions occur in conjunction with financial crisis and at the moment household balance sheets are strong.”

Thirty-seven of 48 economists said if the US enters a recession within the next two years, it would be short and shallow. Ten said it would be long and shallow and only one said long and deep.

Consumer price inflation was expected to remain above the Fed’s 2% target until at least 2024 — averaging 8.0% and 3.7% this year and next — potentially pushing the central bank to take its key policy rate higher into restrictive territory.

Nearly 90% of participants saw the key policy rate at 3.25%–3.50% or higher by the end of this year, largely unchanged from the last poll.

Expectations of a slower pace of rate hikes have boosted both equity and bond markets over the past week and loosened financial conditions somewhat, adding more pressure on the Fed.

While poll medians showed a terminal fed funds rate — a level at which they would peak in the current tightening cycle — of 3.50%–3.75%, expected in Q1 2023, nearly 80% of economists who replied to an additional question, 29 of 37, said the risks were skewed towards a higher rate than they expected.

“Stubborn inflation continues to pose the single biggest threat to the economy. Inflation may not fall according to plan. In this event, policy rates would need to be much more restrictive, somewhere in the 4%–5% range,” said Sal Guatieri, senior economist at BMO Capital Markets.

“If so, there won’t be much debate about whether the economy can avoid a deep downturn.”

The world’s largest economy contracted in the first two quarters of the year, broadly the definition of a technical recession.

However, the National Bureau of Economic Research — the official arbiter of US recession — also looks at other factors to officially declare a recession including employment and real income.

Non-farm payrolls have continued to remain strong and the unemployment rate fell to 3.5% last month, its pre-pandemic low, so the economy was expected to grow an average 1.7% this year and 1.0% next.