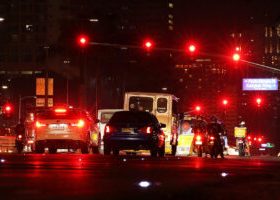 Who’s afraid of the NCAP?

P&O Ferries will not face criminal action over the way it fired nearly 800 employees earlier this year, the Insolvency Service has said.

The firm sacked staff without notice in March, replacing them with foreign agency workers who were paid less than the UK minimum wage.

The government agency said that, following a “full and robust criminal investigation”, there was “no realistic prospect of a conviction”.

A civil investigation is still ongoing.

Business Secretary Kwasi Kwarteng asked the Insolvency Service to carry out an urgent enquiry to examine whether the law had been broken.

An Insolvency Service spokesperson said: “After a full and robust criminal investigation into the circumstances surrounding the employees who were made redundant by P&O Ferries, we have concluded that we will not commence criminal proceedings.”

The spokesperson added the investigation, which was reviewed by an independent senior prosecution lawyer, had led to the conclusion that there was “no realistic prospect of a conviction”.

A government spokesperson said: “In sacking 800 dedicated staff on the spot, P&O Ferries not only acted callously but failed to uphold the high standards we expect of British businesses.

“Given their appalling behaviour, it’s very disappointing that the company will not face criminal proceedings.”

The spokesperson added that the government would not comment further until the civil investigation was concluded.

The Nautilus union, which represents seafarers, called it a “deeply disappointing” decision which would be met with “frustration and anger” by the sacked workers.

“Only one day after P&O Ferries’ parent company announced record profits, making the company’s claims on operational sustainability questionable, we are further let down by a system that fails to punish apparent criminal corporatism,” said Nautilus general secretary Mark Dickinson.

Speaking to BBC Radio 4’s Today programme, he said: “The law isn’t strong enough and as MPs we need to legislate to make sure that it is.

“I still maintain their (P&O Ferries) actions are a disgrace – but the disgrace will be on Parliament if we don’t fix it and stop it from happening again.”

Labour accused the government of breaking a pledge to hold P&O Ferries to account.

Shadow employment rights minister Justin Madders said: “For all the handwringing of Tory ministers, they’ve broken the promises they made after P&O’s outrageous behaviour and instead changed the law to open the door for others to follow in their wake elsewhere.

“This outcome is a sign of a broken economy under the Tories and the fundamental weakness of employment protections under their government.”

P&O Ferries’s decision to sack 786 workers without notice sparked outrage from unions and politicians, leading to calls for the company’s boss, Peter Hebblethwaite, to resign.

Mr Hebblethwaite admitted to MPs that he had broken the law by not consulting workers but said he would do the same again if he had to.

He said no union would have accepted the plan and it was easier to compensate workers “in full” instead.

He apologised for the distress caused by the cuts, but said they were necessary to save the business.

Some staff found out they no longer had a job via a pre-recorded video message.