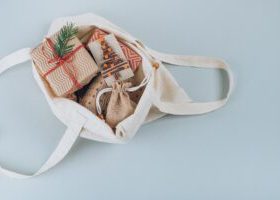 Choosing Gifts for Your Loved Ones This Year: A Guide

AN ELECTRON MICROSCOPIC image shows mature, oval-shaped monkeypox virus particles as well as crescents and spherical particles of immature virions, obtained from a clinical human skin sample associated with the 2003 prairie dog outbreak in this undated image obtained by Reuters on May 18. — CYNTHIA S. GOLDSMITH, RUSSELL REGNERY/CDC/HANDOUT VIA REUTERS

THE PHILIPPINES has detected its fourth monkeypox case.

The 25-year-old patient, a Filipino with no travel history to or from a country with no monkeypox cases, has been isolated, the Department of Health (DoH) said in a statement on Monday evening.

Fourteen close contacts have been identified, one of whom was taking care of the patient, it said.

All four confirmed monkeypox cases in the Philippines are unrelated to each other, DoH said.

The first patient has recovered and was discharged on Aug. 6. The second and third patients were still in home isolation and in stable condition.

No new contacts of these patients have been identified. — Kyle Aristophere T. Atienza