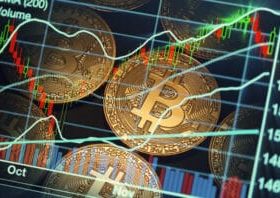 Advantages of bitcoin for business growth!

PHILIPPINE authorities on Monday seized hundreds of bags of smuggled rice and sugar in a warehouse near Manila, the capital, according to the presidential palace, amid rising sugar prices and tight supply.

Customs agents also seized machines in the Caloocan City warehouse that were being used to repack imported rice and sugar to make it appear that these were locally bought, Press Secretary Trixie Cruz-Angeles said in a statement on Monday night.

The agents forcibly opened the warehouse after the owners and caretaker refused to cooperate, she said.

The government has intensified its crackdown on smuggling and hoarding amid rising food prices.

“The huge volume of sugar discovered by Customs agents in the various warehouses in Luzon has led Malacañang to conclude that the sugar shortage is artificial, brought about by the hoarding of sugar traders who wanted to rake in huge profits from the sudden spike in sugar prices,” Ms. Angeles said. — Kyle Aristophere T. Atienza