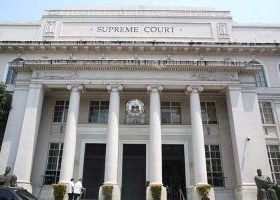 The number of businesses fined by HMRC for deliberately obscuring their corporation tax affairs has climbed to its highest level in four years.

The tax man last year penalised 62 firms for purposefully sending incorrect information to possibly slash the amount of corporation tax they pay, up 35 per cent from 46 in the previous year, according to a freedom of information request response from HMRC.

Despite the uptick in fine volumes, HMRC is watering down the amount of money it asks businesses to cough up for obfuscating their tax affairs.

HMRC sets the size of a corporation tax fine based on the severity of a firm’s mistakenly filed tax return. If a business deliberately sends incorrect information, HMRC can issue a fine of up to 70 per cent of the tax owed.

The value of fines for the most serious cases of firms sending incorrect corporation tax information were not disclosed because the figures “could identify individual entities,” HMRC said.

The drop in fine values may have been driven by “lower profits in the pandemic era meaning the tax at stake and the penalties were both lower,” said Abigail McGregor, legal director at law firm Pinsent Masons.

McGregor also warned pressure on the UK’s public finances caused by the government ramping up spending in response to the Covid-19 crisis means the taxman “is really focused” on grabbing as much revenue as possible.

Corporation tax is a levy on businesses’ profits. The UK’s rate is currently 19 per cent, but it is set to climb to 25 per cent after former chancellor and Tory leadership hopeful Rishi Sunak announced an uplift at the March 2021 budget.

His rival in the race to Number 10, Liz Truss, has pledged to reverse the six percentage point rise. Her campaign declined to comment. Sunak’s campaign did not respond in time to a request for comment.

An HMRC spokesperson said that penalties are “calculated as a percentage of the amount of the tax error, rather than a set penalty figure.”

HMRC can issue a bigger fine if it independently discovers the tax return mistake. Firms that identify the error themselves and tell HMRC are hit with a lower penalty.

John O’Connell, chief executive of the TaxPayers’ Alliance, said that ministers need to make “sure that those who don’t pay their fair share [of taxes] face the consequences” and that the tax regime needs to be simplified.