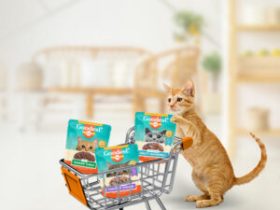 MIKEY Williams of TNT drives to the basket against Rome dela Rosa and Ian Sangalang of Magnolia during the PBA Philippine Cup semi finals at the Araneta Coliseum.— PHILIPPINE STAR/ RUSSELL PALMA

MIKEY Williams earned raves from Jordan Clarkson no less but for the Fil-Am gunner, Game 1 of the PBA Philippine Cup finals truly belonged to Jayson Castro, whose last-gasp jumper led TNT to an 86-84 thriller.

“That’s Mr. Hero right there,” Mr. Williams said of Mr. Castro. “He’s made countless shots — big shots — for us in the stretch. He’s the savior.”

Mr. Castro saved the night as he conjured an opportunity with 1.6 seconds left to drill in the winning 16-footer just before the final buzzer sounded.

There were tense moments as game officials reviewed the video repeatedly from all angles to determine whether it beat the clock before ruling it did. The “counted versus not-counted” debate continued on social media the day after.

SMB star June Mar Fajardo similarly left it to the concerned officials’ judgement and quickly moved on to tomorrow’s Game 2.

“That’s love,” (Mr.)  Williams, a former G League player,  said of Mr. Clarkson’s post. “I know him from LA. I played with him a lot there so I’m familiar with him.”

Mr. Williams fired a 12-point barrage in the third quarter to spark a 33-15 surge that enabled TNT to wrest control after getting buried to a 15-point hole in the first half. — Olmin Leyba