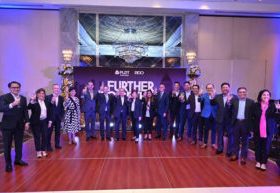 TOKYO — Support for Japanese Prime Minister (PM) Fumio Kishida’s government has tumbled, battered by questions about the ruling party’s ties to the Unification Church and its response to the coronavirus pandemic, according to a public opinion poll.

Links to the church, founded in South Korea in the 1950s and famous for its mass weddings, have become a headache for Kishida since July 8, when former premier Shinzo Abe was shot and his suspected killer said his mother was bankrupted by the church and blamed Mr. Abe for promoting it.

According to a survey done at the weekend by the Mainichi Shimbun daily, Mr. Kishida’s support fell to 36% from 52% a month ago, the lowest since he took office last October.

Those who believed ties between the Unification Church and Mr. Kishida’s ruling Liberal Democratic Party (LDP) were either “an extreme problem” or “something of a problem” hit 87%. Only 4% believed it was not a problem at all.

Mr. Kishida reshuffled his cabinet on Aug. 10 and removed some cabinet members with ties to the church in an attempt to bolster support, but 68% of respondents said they did not approve of the move against only 16% who did.

“Regarding the issues related to the Unification Church, we should pay enough attention to relationships with organizations that are socially criticized, so people won’t have concerns,” Chief Cabinet Secretary Hirokazu Matsuno said at a regular news conference.

New coronavirus cases remain persistently high, prompting 55% of respondents to say they did not approve of the government’s handling of the situation. On Sunday, Mr. Kishida himself tested positive for the coronavirus, forcing him to cancel a trip to an aid conference in Tunisia.

Mr. Matsuno said Mr. Kishida’s condition was stable and he would be working remotely until Aug. 30.

On the question of the state funeral for Mr. Abe set for Sept. 27, which will be paid for by the government, 53% said they were against the idea. — Reuters