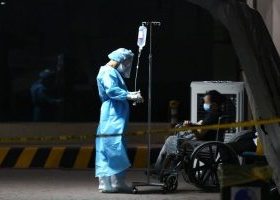 A BILL seeking to legalize the commercial importation and sale of used clothing, popularly referred to as ukay-ukay, was filed at the House of Representatives on Monday.

House Bill No. 3845 seeks to repeal the more than 50-year-old Republic Act No. 4653, which bans the entry of secondhand clothing into the country to safeguard public health and the nation’s dignity.

It also tasks the Bureau of Customs, Tariff Commission, and the Department of Social Welfare and Development to issue rules and regulations necessary for implementation.

Mr. Salceda said in the bill’s explanatory note that the measure “will decriminalize (importation of used garments) allowing them to become formally part of the economy.”

At the Senate last week, Senator Rafael T. Tulfo raised the possibility of legalizing secondhand garments during a Ways and Means Committee hearing.

“I would rather that we place DoH standards and allow (secondhand clothing) businesses to finally register, instead of having such a large underground sector that we just choose to ignore, because it’s big enough to provide jobs, but illegal,” Mr. Salceda, who chairs the House Ways and Means Committee, said in a statement last week.

“Ukay-ukay has been legal in all but the law itself… It’s time for the law to recognize what is real and legal to the ordinary Filipino anyway,” he added. — Matthew Carl L. Montecillo