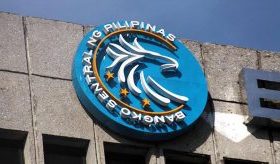 THE PREQUEL to the events of Game of Thrones premieres and streams today on HBO GO. But fans of the first series should not expect rehash says the showrunner.

“There’s wish fulfillment for an audience of things they want to see. We’re not here to not give it to them. We’re here to give them the thing that they want —  just not the way that they’ve expected. We’re not trying to rehash the past. We’re trying to find something fresh and exciting,” showrunner Miguel Sapochnik said in a featurette video shown during the new series’ launch on Aug. 18 at the SM Mall of Asia Music Hall.

House of the Dragon is a 10-episode series based on George R.R. Martin’s 2018 novel, Fire & Blood. The series is set 200 years before the events of Game of Thrones, the medieval fantasy series that became a cultural phenomenon during its eight-season run.

The events happen in a period of history known as “The Dance of the Dragons,” a conflict that erupts between rival siblings Prince Aegon Targaryen and Princess Rhaenyra Targaryen over the right to sit on the Iron Throne after the demise of their father, Viserys I.

The showrunners are Ryan Condal and Mr. Sapochnik, who directed half-dozen Game of Thrones episodes. The Emmy-winning composer Ramin Djawadi also returns for musical scoring in the series.

“There was this once great day where there were dozens of Targaryen running around and a bunch of dragons and they ruled over Westeros. It was a time of peace and prosperity. And everybody knew that if you mess with the Targaryens, you would get the dragons, so nobody dared to overthrow them,” said Mr. Condal, who is also the show’s executive producer and writer, in the featurette.

“This period of Westeros was a very decadent time. And so, you get to see what the realm looks like before it descends into the detritus and post decadence and war that you see in the original series,” Mr. Condal added.

The first episode begins with King Viserys Targaryen deciding between his dutiful daughter, Princess Rhaenyra, or violent brother Prince Daemon as his successor on the throne.

“For me, the best fiction, the best drama is about characters. House of the Dragon is a story about very flawed human beings capable of love and hate, capable of doing good things, [and] capable of doing monstrous things,” said author Mr. Martin, who is also executive producer of the series.

The show stars Paddy Considine as King Viserys; Matt Smith as Prince Daemon; Emma D’Arcy as Princess Rhaenyra; Tom Glynn-Carney as Prince Aegon; Rhys Ifans as Otto Hightower, the Hand of the King; Olivia Cooke as Alicent Hightower, daughter of the Hand of the King; Steve Toussaint as Corlys Velaryon; and Eve Best as Princess Rhaenys Velaryon, wife to Lord Velaryon.“I genuinely hope that audiences are open to watching a new chapter in the Game of Thrones saga,” Mr. Sapochnik said.