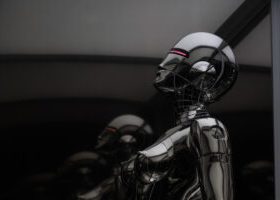 MOVE IT, a subsidiary of Grab Philippines, announced on Monday that it is offering free motorcycle taxi rides to teachers and other personnel of public schools in Makati, Taguig, Pateros, and Pasay.

“The free rides will initially run from 22 August until 30 September, during school days,” MOVE IT said in a statement.

The company said it aims to ease the daily commute challenges of public school teachers and administrative workers, especially during the first few days of the resumption of face-to-face classes.

The free rides can be availed using a promo code through the MOVE IT application.

Grab Philippines recently acquired MOVE IT, allowing it to enter the market for motorcycle taxis.

Grab Philippines aims to expand MOVE IT’s existing motorcycle taxi fleet and improve the efficiency of its platform to service more commuters and onboard at least 6,000 driver-partners within three months.

The two companies signed a partnership deal last year to expand the latter’s market access and availability of its motorcycle taxi services. However, the technical working group tasked with overseeing the operations of motorcycle taxis issued an order suspending the partnership’s implementation pending further study.

Grab Philippines said it is confident that its acquisition of MOVE IT is compliant with existing rules. — Arjay L. Balinbin