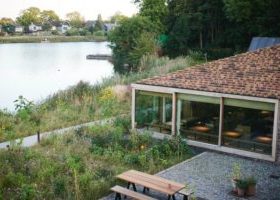 Noma and the search for a second act

THE GOVERNMENT partially awarded its offer of Treasury bills (T-bills) as yields rose after the central bank hiked benchmark interest rates anew last week, and with demand weak ahead of a retail Treasury bond (RTB) offering.

The Bureau of the Treasury (BTr) raised P12.02 billion from the T-bills it auctioned off on Monday, lower than the P15-billion program, even as bids reached P30.76 billion or more than twice the planned amount.

The BTr made a partial award of the three-month and one-year papers as yields climbed across all tenors after the Bangko Sentral ng Pilipinas (BSP) raised benchmark rates by 50 bps last week, National Treasurer Rosalia V. de Leon told reporters in a Viber message after Monday’s auction.

“There was less demand compared to previous week’s auction,” the first trader said, noting investors likely want to put their funds in the RTBs that will be offered starting this week. “Yields are also higher across following the 50-bp hike by the Monetary Board.”

“The latest T-bill auction results continue to reflect investors’ appetite for short-dated securities, albeit seeking a relatively higher premium as monetary policy rates are still seen to increase in the coming months,” the second trader said.

The central bank’s policy-setting Monetary Board last week raised borrowing costs by 50 bps and signaled it has room to further hike as it battles inflation.

This brought total increases for the year so far to 175 bps, following back-to-back 25-bp hikes in May and June and an aggressive off-cycle 75-bp move in July.

Headline inflation stood at 6.4% in July, bringing the seven-month average to 4.7%.

On Tuesday, the BTr will hold its price-setting auction for its offer of 5.5-year retail Treasury bonds maturing in 2028, from which it expects to raise at least P30 billion. The public offer period will run from Aug. 23 to Sept. 2, unless ended earlier by the Treasury.

The Treasury is also holding a bond swap offer for the RTBs for debt due this year and 2023.

Asked for her expectations for the RTBs, Ms. De Leon said the “stars are aligned.”

The BTr has canceled its scheduled Aug. 23 auction of P35 billion in 5.5-year Treasury bonds (T-bonds) to make way for the retail bond offer. Following this, its T-bill and T-bond borrowing program for the month is now at P180 billion, or P75 billion from T-bills and P105 billion from T-bonds.

The government borrows from local and external sources to help fund a budget deficit capped at P1.65 trillion this year, equivalent to 7.6% of gross domestic product. — Diego Gabriel C. Robles