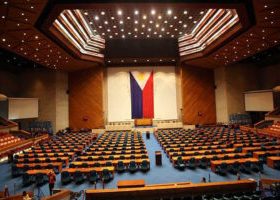 THE Agriculture Undersecretary who resigned following the recall of Sugar Order (SO) No. 4 said he signed the order after a meeting with the President convinced him of the urgent need to import 300,000 metric tons of sugar, adding that he believed he was fully authorized to act in such a manner.

At a joint hearing on Monday of two House committees, the Good Government and Public Accountability and Agriculture and Food panels, former Undersecretary Leocadio S. Sebastian acknowledged that he had signed the order on behalf of President Ferdinand R. Marcos, Jr., in the latter’s capacity as Agriculture Secretary.

He said, however, that the plan went through the proper administrative channels.

Mr. Sebastian said that he signed the order due to the “urgency” of the supply situation and based on a “misreading” of Mr. Marcos’ intentions following their meeting.

Mr. Sebastian said during the hearing that his brief allows him to sign sugar orders on behalf of the Agriculture Secretary, citing a memorandum from the Executive Secretary. The Secretary of Agriculture is ex-officio chairman of the SRA board.

Mr. Serafica, who has also resigned as SRA board member, as did the millers’ representative to the board, Roland B. Beltran, said the import plan was made in consultation with the sugar industry and was required to bolster the sugar inventory.

“We really needed additional sugar. We submitted an import proposal. I did ask my immediate supervisor then, Mr. Sebastian. I did not neglect the farmers. In fact, we consulted the farmers, it was a recommendation from almost all the stakeholders and these are written recommendations,” Mr. Serafica said.

On Aug. 1, Mr. Serafica said he was in a meeting with Mr. Marcos, who gave instructions to the SRA and Department of Agriculture to “prepare an import plan.”

The plan was then submitted to Mr. Sebastian on Aug 5. On the same day, Mr. Sebastian also sent a memorandum detailing the Sugar Order to the Palace.

On Aug. 8, the SRA board met prior to the signing of the order.

“I initiated the (meeting). Based on the recommendations of the stakeholders, we took it from there,” Mr. Serafica said.

The issue of whether the SRA board acted with due authority remained contentious among legislators, with Antipolo Rep. Romeo M. Acop saying that the board meeting was “unauthorized” as it was not called by Mr. Marcos.

“The signs are there that SO No. 4 was not right. It did not follow protocols,” he said.

Rep. Florida P. Robes, of the lone district of San Jose Del Monte City, said the manner in which the meeting was called “is illegal and was not authorized by the President. If you had pressures from the stakeholders, I don’t think it’s just that. There might be other reasons.”

Deputy Speaker Rodante D. Marcoleta said at the hearing that the SRA must act in a manner that also considers consumer interests.

Ms. Robes concurred, saying that the interests of workers in the sugar industry have also been neglected.

“We need to know the policies (for improving) the situation of the sugar farmers. The SRA has not supported the interests of farmers,” she said. — Luisa Maria Jacinta C. Jocson