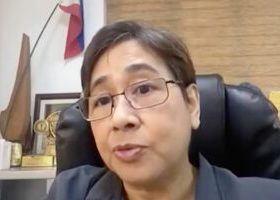 The former Formula One boss Bernie Ecclestone has pleaded not guilty to a charge of fraud brought after an investigation by HM Revenue and Customs.

Ecclestone is accused of fraud by false representation after allegedly failing to declare the existence of a trust in Singapore worth $650m (£549m).

He attended a first hearing at Westminster magistrates court in London on Monday, standing to state his name, date of birth and an address in Knightsbridge where he previously ran the Formula One empire.

The charge related to the period between 13 July 2013 and 5 October 2016, the court heard. Ecclestone ran Formula One from the late 1970s until January 2017, a position that made him one of the most prominent people in global motorsport.

Ecclestone arrived and left in a Range Rover with his wife, Brazilian-born Fabiana Ecclestone, who is a vice-president of the International Automobile Federation, a motorsport governing body, and a member of the World Motor Sport Council.

The chief magistrate, Paul Goldspring, allowed Ecclestone to stand outside the dock after his barrister, Clare Montgomery QC, said her client was having problems hearing the proceedings. He was granted unconditional bail by the judge before the next hearing at Southwark crown court on 19 September.

Ecclestone disclosed “only a single trust” to tax authorities, one in favour of his daughters, according to the charge read in court. He allegedly said he was “not the settlor or the beneficiary of any other trust” and acted “with the intention of making a gain for yourself”, the court heard.

The businessman has three adult daughters, Deborah, Tamara and Petra, and a young son, Ace.

Simon York, the director of HMRC’s Fraud Investigation Service, previously said the charge followed “a complex and worldwide criminal investigation”. It “relates to projected tax liabilities” from “offshore assets, which were concealed from HMRC”, he said in July.