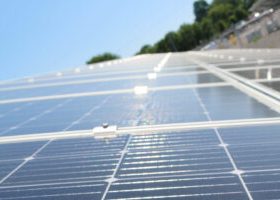 DMCI Project Developers, Inc. said on Monday that the first building of Satori Residences, which is scheduled to be turned over in February next year, is already at 84.8% complete.

The developer, commonly known as DMCI Homes, said the 15-storey building, Hacana, is the first of its five-building transit-oriented development.

“The building as of August 2022 is undergoing final touch-ups and is already showing a glimpse of the development’s Neo-Asian minimalist theme,” the company said in a press release.

The Lana building is scheduled for turnover in August 2023, Rahu in February 2024, and Amani and Yasu buildings in August 2024.

The development is situated in Santolan, Pasig City which the company said has been becoming a “favored living destination” because of its proximity to institutions like the University of the Philippines and the Ateneo de Manila University, and business districts like Eastwood City and Ortigas.

Units in Satori Residences will be ranging from 27.5 square meters (sq.m.) to 78 sq.m. with an average price of P5.3 million.

DMCI Homes is a wholly owned subsidiary of the Consunji-led DMCI Holdings, Inc. Its main activities include the development, management, and selling of various real estate properties.