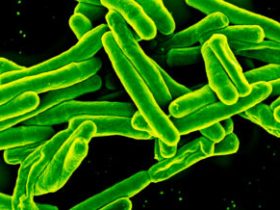 Tuberculosis deaths rose during pandemic, reversing years of decline — WHO

The rapid decline in the use of cash during the pandemic has eased as consumers return to their preferred method of paying for things, a report suggests.

But it added that their preferred method had not changed radically.

Cash use is still forecast to drop, accounting for 6% of payments by 2031.

“Rather than the UK becoming a cash-free society over the next decade, the UK will transition to an economy where cash is less important than it once was but remains valued and preferred by many,” the report said.

The trend of the last decade has been the significant rise in the prevalence of card – and particularly contactless – payments. Debit or credit cards were used in 57% of all payments in the UK last year.

During the pandemic, the number of payments made in total fell. In particular, cash use slumped during lockdowns and as retailers encouraged friction-free payments.

Now, the UK Finance report suggests that long-term trends will continue as if there has been no pandemic impact.

While 42% of consumers only made one transaction or fewer in cash each month, Adrian Buckle, head of research at UK Finance, said that many people were returning to their first preference when paying.

“Payment trends generally tend to change slowly, as we all form habits about the way we pay for things and these don’t change easily,” he said.

Natalie Ceeney, who leads work into access to cash, said: “It’s now widely recognised that those who rely on cash tend to be older, poorer or more vulnerable, many of whom simply can’t ‘go digital’.

“I’m really pleased that, after many years of campaigning on the issue, the industry is working hard to put in solutions and we should finally have legislation to protect access to cash in the next few months.”

Another factor in the use of cash is the rising cost of living.

Mr Buckle said cash became slightly more popular during the financial crisis at the start of the last decade but, like then, it had relatively little impact on the longer term decline.

The Post Office recently reported that its counters handled £801m in personal cash withdrawals in July, the most since records began five years ago.

It said customers’ use of cash to budget and the popularity of staycations were behind the increase.

In May, Salford University student Kira Hayward told the BBC that she turned to social media for inspiration to help her cope with rising costs by taking cash out of her bank account.

She puts it in different labelled envelopes to ensure she has money for food and bills.

“I went on Instagram and YouTube and I saw these physical budget binders,” she said. “I take the money out of the bank and I budget for things like my shopping. If I know I have £80 in my personal shopping for the month I know I can’t go over that.”

However, the UK Finance report suggested that young people were becoming adept at budgeting using smartphone apps and were keeping a keen eye on their bank balance digitally.

Mr Buckle said they would log into accounts several times a day. Instead of using cash to budget, many would consider any cash withdrawals as money already “spent” as it had already reduced the bank balance they saw on the screen.

The report also questioned the assumption that younger people were more reliant than others on Buy Now, Pay Later products. The trade body’s limited research suggested about one in eight people had used these services, but they were most likely to be aged between 35 and 44.