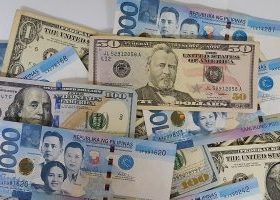 The Sky could not help but gnash their teeth over the loss they suffered at the hands of the Liberty Thursday. They were supposed to deliver a statement in the playoff opener; as the defending titleholders, they felt they had to hit the ground running to show all and sundry that they mean business, and that those casting a moist eye on the championship trophy would have to go through them. Which, in a nutshell, meant that they had to go through their competitors, who snuck into the postseason despite being four games under .500, with clinical precision.

Instead, the Sky wound up bowing in Game One off a series of uncharacteristic lapses on both ends of the court in the crunch. The Liberty were supposed to be patsies, but showed a lot of fight when the going got tough on the strength of a stellar showing from All-Star Sabrina Ionescu. The 2020 first overall pick displayed brilliant shot — and playmaking with the outcome on the line, ultimately putting up 22, seven, and six as if she did not have all of one playoff outing on her resume. In short, she out-veteraned the veterans, and on the road to boot. And she made sure to underscore her contributions in her post-mortem, contending that “I just love pressure. I want to be great.”

Significantly, the Sky wasted no time prepping for the next encounter. They huddled right after the final buzzer, no doubt promising to do better in Game Two. And did they yesterday, with reigning Finals Most Valuable Player Kahleah Copper leading the way. They led 31-10 after the first quarter and kept pushing the pedal to the metal, raising their advantage to a whopping 42 at one point and ultimately winning 100-62 for the largest margin in league history. The Liberty had no chance from the get-go; they were roasted in just about every statistical category, and not a single starter — Ionescu included — reached double figures in scoring.

Needless to say, the Sky will be ready when the series shifts to the Barclays Center for the rubber match. Never mind the hostile crowd; they’ll be heavily favored to advance to the second round of the postseason. And they’re not likely to be caught flat-footed anymore. Perhaps losing last week is the best thing that could have happened to them. If nothing else, it highlighted the fact that they have just as much to prove as their challengers. The sleeping giants have awakened, and the mission is clear.