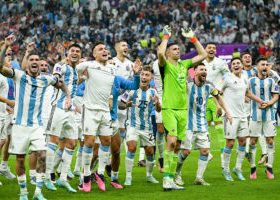 PHILIPPINE SHARES may move sideways this week on profit taking after its last week’s rally as investors wait for more economic catalysts that would point to sustainability.

“The local market has been riding on bullish momentum fueled by confidence towards the strength of the corporate sector evidenced by the robust results seen in our second-quarter and first-half company reports,” Philstocks Financial, Inc. Senior Research Analyst Japhet Louis O. Tantiangco said in a Viber message.

The Monetary Board raised its benchmark interest rate by 50 basis points (bps) at its Thursday meeting.

Meanwhile, interest rates on overnight deposit facilities were raised to 3.25% and lending facilities to 4.25%.

The Bangko Sentral ng Pilipinas (BSP) forecast for this year’s baseline shifted higher as it expected inflation to breach the 2-4% target at 5.4%, while forecasts for 2023 and 2024 declined to 4% and 3.2%, respectively.

For this week, Mr. Mercado said that he expects the market to move sideways as investors are expected to pocket profits from last week’s rally.

Mr. Tantiangco said: “Next week, investors are expected to watch out for catalysts that would point to the sustainability of the strong results we’ve seen in the [first] half. Lack of such is seen to lead to profit taking.”

He added that: “macroeconomic concerns are expected to challenge the extension of the local market’s rally.”

These concerns include the hawkish outlook of the US Federal Reserve, the possibility of more rate hikes by the BSP, further widening of our balance of payments deficit (BoP), and lingering supply problems in agricultural commodities.

In the data released by the BSP on Friday, the country’s BoP deficit widened to $1.819 billion in July, a reversal from a year ago’s $642-million surplus.

Meanwhile, Federal Reserve Chairman Jerome H. Powell will give a speech on US economic outlook at the annual global central bankers’ conference in Jackson Hole, Wyoming on Friday from which investors may get more cues on the Fed’s actions in the coming months.