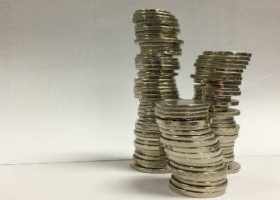 Cargo and other vehicles are pictured on a roll-on, roll-off ferry as it leaves Dalahican port in Lucena City, March 10, 2016. — REUTERS/ ERIK DE CASTRO

THE PHILIPPINE Liner Shipping Association (PLSA) has expressed support for a proposed measure that seeks to strip the Philippine Ports Authority (PPA) of its regulatory functions.

“In principle, we support the devolution of the regulatory functions of PPA,” PLSA President Mark Matthew F. Parco told BusinessWorld in a recent phone interview.

The current setup of PPA, an attached agency of the Department of Transportation (DoTr), allows it to function as a “for-profit company” and as a regulator of the industry at the same time, Mr. Parco said.

“It makes sense that the regulatory power is not with the port corporation,” he added.

A legislator recently refiled a bill seeking to reorganize the PPA by separating its regulatory and commercial functions.

“Through the years, the port users, including domestic shippers, exporters, and importers, have complained of low service levels, inefficient port operations and ever-increasing port charges,” Ms. Herrera-Dy said in the bill’s explanatory note.

“They claim that the high cost of transport serves as an efficient barrier to increased trade (both local and foreign) and undermines the country’s competitiveness,” she added.

The PPA was established by Presidential Decree (PD) No. 505, which was subsequently amended by P.D. No. 857 in 1975. It is tasked with facilitating the implementation of an integrated program for the planning, development, financing, operation and maintenance of ports or port districts for the entire country.

The agency has yet to respond to a request for comment as of press time.

Under the bill, PPA will be converted into Philports to handle development, management and operation of public ports. Philports will collect port fees and dues approved by MARINA, which will fund port development, modernization, and expansion, among others.

Separation of PPA’s functions is one of the recommendations made by the Organization for Economic Co-operation and Development (OECD) in its 2020 competition assessment review for the logistics sector in the Philippines.

The OECD said the Philippines should enact a measure to “ensure the separation of PPA’s functions, avoid conflicts of interest, and ensure that PPA is incentivized to develop, modernize and expand its ports.”

The OECD said regulators should not be given conflicting or competing functions or goals.

“The assignment of potentially conflicting functions to any regulator should only occur if there is a clear public benefit in combining these functions and the risks of conflict can be managed effectively.”

Shipping companies have raised their freight charges by an average of 25% starting March.

The PPA also said last month that it was already looking into reducing port costs by reviewing fees.

In the first half, the PPA reported that passengers using its facilities surged by 144% with the resumption of domestic tourism, trade, and regular travel activity.