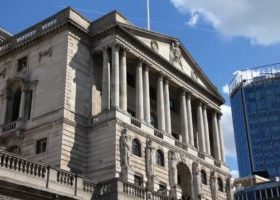 THE PGA Tour might consider giving up its nonprofit status to put itself in a better financial position to battle the big-money Saudi-backed LIV Invitational Series, a move supported by Tiger Woods and Rory McIlroy, according to a report in the Fire Pit Collective.

The subject was one of the main talking points at a meeting of the PGA Tour’s top players called and hosted by Mr. Woods on Tuesday to discuss the LIV threat and a plan of action.

Part of the that plan was having the PGA Tour renounce its non-profit status which would result in the Tour paying taxes but giving it much more freedom in how it conducts business, including bringing in private investors and equity firms.

According to the Fire Pit Collective, a golf news site, both Mr. Woods and Mr. McIlroy expressed their support for such a move.

At the meeting held in Delaware, where the Wilmington Country Club is hosting the BMW Championship, the players also discussed plans for an 18 tournament series that would feature 60 of the top players playing for $20 million purses.

The PGA Tour has already beefed up purses at many events in response to the LIV Series which is offering $25 million purses.

The plan, according to the Fire Pit Collective, would be a no-cut format similar to LIV.

A response to the LIV threat comes with reports the renegade series is about to announce seven new player signings immediately after the FedEx Cup playoffs conclude with the Tour Championship next week in Atlanta.

Australian Cameron Smith as been rumored to be the biggest name ready to make the jump. — Reuters