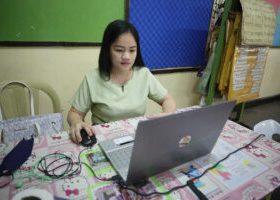 PETRON Corp. is targeting to spend up to P15 billion annually for the expansion of its operations until 2025, a company official said last week.

“The company is programming to spend between P10 [billion and] P15 billion on [an] annual basis for the next three years,” said Albertito S. Sarte, vice president and deputy chief finance officer of Petron, during a virtual press briefing last week.

He said that the amount will be spent in the Philippines and Malaysia, with a sharing of 70% and 30%, respectively.

“A good bulk of this will be allocated for the service station expansion in both countries because we see that as our growth strategy, to be able to sell more and reach more customers in the future,” he added.

Petron, the country’s largest oil refining company, has a refining capacity of 268,000 barrels per day, producing a full range of fuels and petrochemicals.

It operates about 40 terminals in the region and has around 2,800 service stations where it retails gasoline and diesel, the company previously said.

“We are planning to add more stations but probably at a more cautious tone,” Mr. Sarte said.

Mr. Sarte also said that the company is looking to expand its logistical capabilities and expanding its storage facilities for both countries.

Meanwhile, Erich Y. Pe Lim, manager and investor relations officer at Petron, said that the company is also targeting to further reduce its carbon footprint by 2025.

Mr. Pe Lim said that Petron was able to reduce its carbon emissions through various initiatives such as reconfigurations, improving its operations in the refinery, and replacing of thermal power plants with steam generating facilities. — Ashley Erika O. Jose