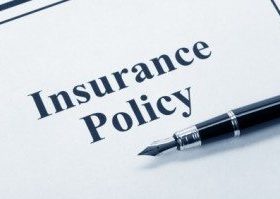 Get Ahead of the Curve: What Business Insurance Trends to Expect in 2023

THE PESO may continue to depreciate against the dollar this week as market players anticipate the US Federal Reserve’s policy direction in bringing inflation within target at their annual global central bankers’ conference on Friday.

The local unit closed at P55.93 on Friday, weakening by 4.2 centavos from its P55.888 finish on Thursday, data from the Bankers Association of the Philippines showed.

The peso also depreciated by 32 centavos from its P55.61-per-dollar close a week ago.

Dollars exchanged inched down to $889.6 million on Friday from $939.3 million on Thursday.

The peso declined on Friday as investors priced in hawkish signals from the US Federal Reserve, Rizal Commercial Banking Corp. Chief Economist Michael L. Ricafort said in a Viber message.

On Thursday, St. Louis Fed President James B. Bullard said he was leaning towards a third straight 75-basis-point (bp) increase on their Sept. 20-21 policy review.

“I don’t really see why you want to drag out interest rate increases into next year,” Mr. Bullard said in an interview with the Wall Street Journal.

Moreover, San Francisco Fed President Mary C. Daly said hiking rates by either 50 or 75 bps would be a “reasonable” way to get borrowing costs to “a little bit above” 3% by the end of this year.

In an interview with CNN International, Ms. Daly said the exact pace would depend on US employment data and August inflation.

The peso also weakened as the country’s balance of payments (BoP) position was at a deficit in July, Mr. Ricafort said.

The country’s BoP position stood at a $1.82-billion deficit last month, a turnaround from the $642-million surplus last year. This is the widest deficit posted in 17 months or since $2.019 billion in February 2021.

The BSP expects the country’s BoP to yield a deficit of $6.3 billion this year or equivalent to -1.5% of gross domestic product.

For this week, the dollar may strengthen as investors may try to get a better read on the Fed’s likely policy actions in the coming months, said UnionBank of the Philippines, Inc. Chief Economist Ruben Carlo O. Asuncion.

Additionally, the market will factor in China’s macro developments, including the geopolitical tension over Taiwan, according to Mr. Asuncion.

Back home, Mr. Asuncion said investors will be on the lookout for the Philippine central bank’s policy direction that would continue to support the peso.

The Bangko Sentral ng Pilipinas (BSP) raised its benchmark interest rate on Thursday and signaled it has room to further hike rates as it battles inflation.

Inflation rose by 6.4% year on year in July, the fastest in nearly four years, and exceeded the central bank’s 2-4% target band for a fourth straight month. The average inflation rate in the first seven months is 4.7%, still below the BSP’s full-year revised forecast of 5.4%.