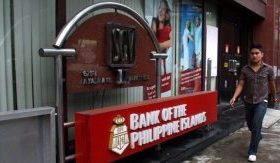 Lung Cancer Awareness Day is observed on Aug. 1. Before the month of August passes, it is timely to observe lung cancer awareness.

The World Health Organization (WHO), per the Global Initiative for Chronic Obstructive Lung Disease, states that “more people die of lung cancer than of colon, breast, and liver cancers combined.” In 2020, the world had 2.21 million new cases of lung cancer. Further, 1.8 million people died from lung cancer in the same year. Among different types of cancer, lung cancer killed the biggest number of people worldwide in 2020, followed by colorectal cancer (935,000 deaths) and liver cancer (830,000 deaths).

Lung cancer thus is most deadly in terms of cancer incidence. With respect to survival rate, the National Cancer Institute said that the five-year survival rate for lung and bronchial cancer cases in the US was 21.7% (for cases diagnosed between 2011 and 2017).

Lung cancer’s main cause is smoking. According to England’s National Health Service, smoking cigarettes is responsible for more than 70% of lung cancer cases. But even non-smokers are affected by the smoking of others. Passive smoking or regular exposure to secondhand smoke increases the risk of getting lung cancer. In short, smoking is the single biggest risk factor for lung cancer.

That smoking is associated with lung cancer had been established as far back as 1929. A German physician, Fritz Lickint, published a scientific paper using formal statistical evidence that showed a high correlation between lung cancer patients and heavy smoking.

The good news is that the rate of lung cancer is dropping worldwide because of tobacco cessation efforts. Eliminating tobacco use will reduce and prevent lung cancer occurrence to the greatest extent.

Lung Cancer Awareness Day is therefore a reminder to the public and their governments to take action to prevent lung cancer. Moreover, it is an occasion for us to honor the victims of lung cancer. In this regard, I connect two dates: Aug. 1 and Feb. 13.

I won’t forget Feb. 13, 2018, for this was the day that I became an advocate for lung cancer awareness. This day started with my usual physical fitness class at De La Salle University, Manila. I got up at 6 a.m. and went to Razon’s, a building for PE classes, where I had dancing lessons. At 8 a.m., I checked my phone for messages, and I received the shocking news: Edgardo Amon, my grandfather, passed away, due to stage-4 lung cancer.

As the eldest granddaughter (panganay na apo), I was the favorite of my nonno (Italian for grandfather). He would always ask me to spend my summer holidays at our ancestral home in Silang, Cavite, where my mother likewise grew up. One of my early observations about nonno, when I was five years old, was that he frequently put something (I was not aware then that it was a cigarette) in his mouth. It astonished me how the smoke exited his mouth.

At age 10, my nonno would allow me to roam the streets of Silang, so I could also buy him a pack of cigarettes. In his words: Bilhan mo nga ako ng isang kahang Champion. (“Buy me a pack of Champion cigarettes”) At age 15, I became more knowledgeable about the dangers of tobacco from my mom, a medical professional, who always warned me of the negative health consequences of smoking. I learned that my grandfather was a nicotine addict since he was 16 years old. So, I expressed my concerns to nonno about his getting sick; how I feared for his life. But he was stubborn.

Nonno at first felt discomfort in his throat. A checkup and the lab results confirmed he had stage-4 lung cancer in November 2017. Only then did my nonno quit smoking, the period between November 2017 and February 2018.

It was too late.

I wish I had a longer time with my nonno. I wish he had attended my college graduation. I won’t forget what he always told me: No one can take away my education from me. I wish he witnessed my journey to adulthood. All this did not materialize because of his lung cancer.

On Feb. 13, 2018, our whole family lost a very caring, wise, and selfless father and nonno. Everyone looked up to him. The most comforting and reassuring emotion I have ever felt was the love of a grandparent.

My nonno told me that I could achieve anything I set my mind to if I would work smart and hard. At present, I have big hopes of making a change in the world. And one of my advocacies is raising awareness about lung cancer. Doing so is to honor my nonno and make him proud. Doing so is also my way of serving society.

How then do I conduct my advocacy? I directly engage individuals who are addicted to nicotine products. I believe in an effective harm reduction strategy. But the main strategy is to prevent individuals, especially the young, from even smoking. And I have learned that taxing smoking is the most effective deterrent to decrease the number of smokers, which will likewise decrease the number of lung cancer related diseases.

Says the Department of Health, tobacco control interventions, particularly tobacco taxation, have led to a significant drop in current smokers from 17 million in 2009 to 15.9 million in 2015. The Tobacco Tax Reform Law and the series of tax increases that followed it have had significant health outcomes and at the same time have increased funds for health programs.

I have a simple mission. Share my story, raise awareness of lung cancer, and advocate measures to discourage smoking, which is the main cause of lung cancer.

Please join the fight against lung cancer. And prevent losing a loved one from lung cancer.

Emmanuella Iellamo is half-Italian, half-Filipino and is a health researcher of Action for Economic Reforms.