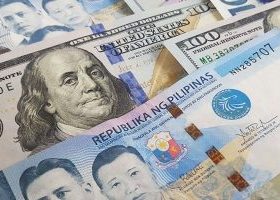 Peso falls to new record low of P59 vs US dollar

The Philippine economy performed below expectations in the second quarter of the year as gross domestic product (GDP) clocked-in a growth rate of 7.4%. This follows a heady expansion of 8.2% in the first quarter. The slower-than-expected performance was due to the usual lackluster output of the agricultural sector and tepid manufacturing growth due to inflationary pressures.

While second quarter growth was our lowest since the fourth quarter of 2021, the Philippines is still ASEAN’s second fastest growing economy this year following Vietnam.

Our economic managers expressed confidence that the economy could still attain its 2022 growth target of between 6.5% to 7.5%. To achieve this, the economy will have to grow by 5.2% in the second half of the year. However, some analysts are not so sure. Japan’s Nomura Research Institute cut its forecast for Philippine growth to 6.3%. They see the economy growing by only 4.9% in the second semester as the low base effects fade out and inflationary pressures persist.

According to Nomura, inflation will continue to dampen consumption, which is a major driver of the economy. Inflation averaged 4.7% in the first seven months of the year but peaked at 6.4% in July. Nomura foresees inflation hovering at above 6% until October before easing gradually.

Outside inflation, domestic and external conditions could dampen growth in the second half of the year. On the domestic front, the possible emergence of a new COVID strain and/or the monkeypox virus could compel government to impose new restrictions on movement. Inclement weather and/or La Niña could affect agricultural output. The limited absorptive capacities of government agencies could limit government spending. And as the central bank tries to battle inflation, higher interest rates could curtail investments and capital formation.

On the external front, the protracted war in Ukraine will continue to disrupt value chains and supply chains. A weaker global economy, or even recession in some countries, will diminish demand for Philippine exports. And the elephant in the room — tensions of war in the Taiwan Strait — could choke trade and investments.

The good news is that the National Economic and Development Authority (NEDA), supported by the Departments of Finance, of Budget and Management, and Trade and Industry have put together an eight-point socioeconomic plan to address these domestic and external threats.

According to NEDA Secretary Arsi Balisacan, “the overall goal (of the eight-point plan) is to reinvigorate job creation and poverty reduction by steering the economy back to its high growth path and more importantly, through economic transformation for a prosperous, inclusive and resilient society.”

NEDA also aspires for unemployment to drop to under 4% and the poverty rate to settle below 9% by 2028.

First on NEDA’s eight-point agenda is reducing the cost of food and increasing our people’s purchasing power. This will give our people the relief they have long pined for. No less than an agricultural revolution is necessary to unblock the impediments to low agricultural productivity and to attain food security. This is why the president himself assumed the agriculture portfolio. Reducing logistics costs also affects food prices and assures accessibility. To this, the government commits to streamlining the regulatory process as well as inter-island and international shipping. One way to reduce shipping costs is to open the domestic shipping industry to domestic firms that also ply international routes. The cabotage law has only led to an inefficient domestic shipping industry, which is why the law is ripe for amendment.

The second point has to do with the capacitation of our greatest asset — our workforce. Apart from providing basic social protection such as healthcare, housing, and livelihood, the government commits to improving the quality of education with an emphasis on STEM learning. Accessibility and quality of trade skills will also be enhanced through TESDA (Technical Education and Skills Development Authority).

The third point involves attaining sound macroeconomic fundamentals and more efficient government processes. Digitization is the silver bullet that can make government more efficient and less prone to corruption. This will be pursued aggressively, according to NEDA. Correspondingly, tax administration reforms and realignment of expenses shall be implemented to improve revenues and eliminate wasteful spending. The idea is to realize consistent improvement in our macroeconomic fundamentals, especially the budget deficit and debt-to-GDP ratio.

The fourth point is what I consider the heart of this socioeconomic agenda — it is to generate investments, invigorate manufacturing, and create jobs. NEDA commits to leverage on the CREATE Law (Corporate Recovery and Tax Incentives for Enterprises Act) and the recent amendments to the Public Service Law, Trade Liberalization Law, and Foreign Investment Law to attract foreign capital. I reckon the government will do well to empower the Inter-Agency Investment Promotion and Coordination Committee since we need a stronger outbound investment promotion effort. We also need a coordinating body, akin to a concierge service, to help foreign investors navigate the maze that is the Philippine bureaucracy. To further capacitate the economy, the government plans to sustain infrastructure spending at five to six percent of GDP, increase spending on research and development (especially on agriculture and disaster resilience), and aggressively pursue next generation industries such as artificial intelligence, robotics, virtual and augmented reality, and nanotechnology.

The fifth point involves leveling the playing field in business and industry. The National Competition Policy shall be implemented to promote competitive neutrality in both the private and public sectors. Government commits to reduce the barriers to entry for entrepreneurs, ease reportorial requirements and make regulations less cumbersome for corporations. Ease in doing business will be aggressively pursued.

The sixth point involves strengthening the linkage between learning institutions and industry.

The seventh point is aimed towards climate change resiliency and pursuing a green and blue economy. Sustainability will be mandated all the way to the LGU level. To this, performance indicators and a scoring system will be imposed upon LGUs in relation to the protection of the environment and disaster mitigation. In energy, a cleaner, more reliable and secure mix of energy sources shall be built.

The last point is all about securing ourselves against internal and external threats. Internal threats include transnational organized crime and traitors to democracy. External threats include those that imperil our territorial sovereignty, cybercrimes, pandemics and health emergencies. Law enforcement institutions and LGUs will be empowered to address local threats. Correspondingly, government will strengthen our international engagement through diplomacy and dialogue to address external threats. The idea is to gain as many allies as possible towards securing our borders and realizing our development objectives.

The eight-point agenda is sensible and touches on all the critical areas. Done right, we should be well on our way towards achieving upper income status before 2050.