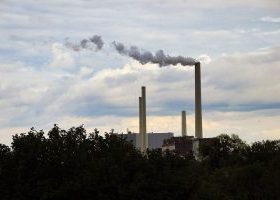 Most Valuable Player race frontrunner Juan Gomez de Liaño came to the rescue down the wire, unloading six of his team’s last 10 points as the Skippers hacked out a gritty Game 1 win to move to the cusp of the first D-League crown.

Mr. Gomez De Liaño, the former Japan B. League import, finished with only nine points but contributed in almost every department with 14 rebounds, seven assists and four steals in 30 minutes of action for Marinero that took a 1-0 lead in the best-of-three series.

“We just followed our team mindset and we prepared so hard for this game,” said Mr. Gomez De Liaño, whose clutch bucket in the last 13 seconds sealed it for Marinero at 68-64.

Mr. Gomez De Liaño was not alone in Marinero’s big win as Adrian Nocum added 22 points, five rebounds and three assists with Jollo Go and Arvin Gamboa chipping in 15 and 14, respectively, including the insurance free throws in the waning seconds.

The Skippers led by as many as 12 points but nearly crumbled when the Green Archers snatched a 52-51 lead entering the fourth period.

Mr. Gomez De Liaño and company then took over from there with a triple by Evan Nelle in the last eight seconds to push La Salle within 67-68 not enough in the face of Marinero’s steady endgame free throw shooting.

Game 2 is on Wednesday with the Skippers sporting a chance to sweep the Green Archers and reign supreme in the D-League’s return from a two-year hiatus.  — John Bryan Ulanday