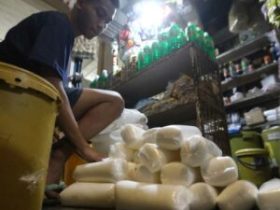 You’ve probably heard about candlestick charts before and you know what they look like. They’re a nice graphical representation of price over time.

In this article, I’m going to show you how to read Candlestick charts for trading, what to look for, and why it’s important. If you trade stocks and have never been introduced to candlestick charts or types of doji candlestick, then this one is for you! So let’s get started!

A Candlestick Chart: What Is It?

In certain charts, the body appears to be black (market falling) and white, while the body is either green (market increasing) or red (market dropping) (market rising). A certain time is represented by each candlestick. The deals that were performed during that time period are summarized in the candlestick data. For instance, a one-hour candle represents one hour of trade data. Each candlestick body signifies the following information:

How Should a Candlestick Chart Be Read When Trading?

Let’s settle the fundamentals first, then go on to the numerous candlestick chart patterns.

A candlestick’s primary element, the body, is generally large and colorful, making it simple to identify. The body updates you on the market’s starting and ending prices during the pause. On a green candle, the opening will be downwards; as a result, the bottom of the body will display the initial price while the top will display the closing price, as shown in the illustration above.

For a red candle, the opposite is accurate. Since the market fell at the moment, the open represents the top of the body and the close, the bottom of the candle. A candlestick with a wide body shows a strong pattern with a sizable asset or liability, whereas one with a short body shows that the opening and closing were roughly equal.

The line that runs from the top to the bottom of a candlestick’s body is called the wick. They are known as shadows in certain charts. The top wick protrudes from the body’s top and displays the highest price that has ever been attained. The lowest price is indicated by the lower wick, also known as the tail, which is at the bottom of the body.

The higher wick or top shadow displays the highest price that was ever traded during the course of time. When there isn’t an upper wick or shadow, it means that the fund’s opening or closing price was the highest trading price.

Green candles indicate that the price is moving upward when its closing price exceeds its opening price. The direction of the price is indicated by the color of the candlestick. When the candle is red, the price is lower than when it opened.

Understanding and comprehending candlestick charts can be quite beneficial for you as you begin to comprehend the market price and the charts. Learning what these trends mean and the signals they give off might help you create an investment plan that will work in your favor.