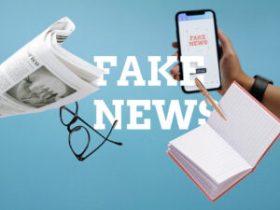 On the Philippines’ ‘fake news’ problem

GILAS Pilipinas U18 was due to open its FIBA U18 campaign Sunday night against Syria in the first game of the age group Asian Championship at the Azadi Basketball Hall in Tehran.

The Filipino teens were looking for a solid start as the Asian youth tournament returns to action for the first time after the pandemic.

Aside from Syria, Gilas will take on Qatar and Chinese Taipei in Group C Monday and Tuesday, respectively, with hopes of finishing in the Top Two to advance in the quarterfinals.

Other groups feature host Iran, Japan and Lebanon in Group A as well as China, South Korea and India in Group B.

Leading the Nationals are 6-foot-7 Filipino-Australian Mason Amos and Kyle Gamber from Ateneo as well as La Salle’s Mur Alao and EJ Abadam.

The new Gilas faces a daunting task of replicating the success of previous U18 teams led by Kai Sotto, who anchored the country’s Final Four finish in the 2018 Asian tourney and a FIBA U19 World Cup appearance in 2019.

Mentoring the squad is Josh Reyes, who also coached the Gilas U16 team in its own return last month.

Under Reyes, Gilas U16 finished in seventh place in the comeback of Asian U16 action in Doha, Qatar. — John Bryan Ulanday