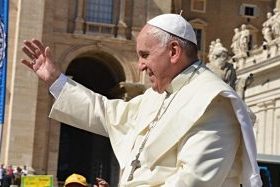 SOUTHEAST Asian Games veteran David Elorta is out to reclaim his old crown as the fastest player in the country.

The 39-year-old San Andres, Manila native has slowly but surely closed in on that goal after topping the 4th Kamatyas FIDE rated rapid tournament at the SM Sucat over the weekend.

Recalling the old form that once made him the country’s blitz king, Mr. Elorta finished undefeated with eight points out of the possible nine to reign supreme in the nine-round tournament, his second triumph in a little over a month after ruling the Lomibao-Beltran tilt.

For his feat, Mr. Elorta pocketed the top purse worth P30,000 and a trophy courtesy of chess patron David Almirol Jr. of Multysis Technologies Corp. in a one-day event organized by the Kamatyas Chess Club, headed by International Master Roderick Nava.

He ended up ahead of Grandmasters Joey Antonio and John Paul Gomez, who ended up second and third, respectively.

He also finished ahead of reigning national champion and current blitz king IM Daniel Quizon, who ruled the first three editions of this event but faltered on this one and wound up at 11th with just 6.5 points to show.

“If this continues, I’ll be happy. But for now, I’m just enjoying every blessing that comes my way,” said Mr. Elorta, who represented the country in the 2019 SEA Games in Subic.