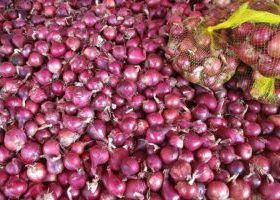 THE GOVERNMENT of Ferdinand R. Marcos, Jr. appears to be continuing his predecessor’s practice of tagging people as communists without basis, political analysts said at the weekend, after the indictment of members of a religious group for terrorist financing.

“This is a continuation of the previous administration’s policy of red-tagging, disinformation and weaponizing of the Anti-Terror Act against all critics of the government and those who work directly with the people,” Maria Ela L. Atienza, a political science professor at the University of the Philippines, said in a Viber message.

“These actions are a big challenge to the rule of law, independence of the Judiciary, accountability mechanisms and people’s rights,” she added.

The church members failed to answer the charges during a preliminary investigation, government prosecutors said in a statement last week.

The church group said one of the ex-rebels had falsely testified against its members in exchange for the release of her mother.

It also said the indictment showed the state’s tendency to “demonize legal democratic organizations” critical of the government.

“Instead of really addressing the root cause of insurgency in the country, instead of using an approach that forces state critics and detractors to be within the bounds of law and democratic practices, the government uses irresponsible, unlawful and cowardly means to engage those forces that they think will undermine their rule,” Arjan P. Aguirre, who teaches political science at the Ateneo De Manila University, said in a Facebook Messenger chat.

“Red-tagging is and will always be an approach of the feeble-minded and excessively insecure political bully.”

In May, Justice Secretary Jesus Crispin C. Remulla said he would be “more reserved” about accusing activists of being members of the Maoist movement.

Human rights groups earlier said his appointment was worrisome given his history of accusing certain people as communists.

In June, Solicitor General and former Justice Secretary Menardo I. Guevarra said the country’s anti-communist task force should file complaints rather than label people as communists.

RMP is a church-based group made up of Catholic priests and lay people. The group supports farmers, fisherfolk and indigenous groups and educates them about their rights, according to its website.

The religious group’s website, along with 25 other alleged communist supporters, was ordered blocked in June by the National Telecommunications Commission upon the request of former National Security Adviser Hermogenes C. Esperon, Jr.

The country’s Anti-Terrorism Council has labeled the communist party as a terrorist group.

In April, the Supreme Court rejected an appeal seeking to reverse its decision upholding the validity of the Anti-Terrorism law, which was signed in 2020.

The Anti-Money Laundering Council has said the law would help it counter the so-called dirty money.

“All these attacks on legitimate organizations and personalities to stifle dissent must be challenged by various organizations in all arenas,” Ms. Atienza said.