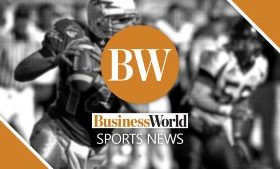 PHILIPPINE Seven Corp., the operator of 7-Eleven convenience stores, reported that it completed 161 new stores in the first semester, surpassing half of its target 300-store network expansion in 2022.

“Shopping close to home will be the trend that will persist,” Philippine Seven’s President and Chief Executive Officer Jose Victor P. Paterno said at the Philippine Stock Exchange STAR Investor Day on Thursday, “the smaller the store, the closer to home, the better.”

Mr. Paterno said that stores in the Visayas-Mindanao region had been expanding faster and would continue to do so.

These cash recycler ATMs allow 7-Eleven store operators to deposit the money they get from store sales that the machine “recycles” to fund the withdrawals of its customers.

Its systemwide sales registered a growth of 49.8% to P16.62 billion in the second quarter from P11.1 billion a year ago.

On the stock market on Friday, Philippine Seven shares declined by 3.31% or P2.50 to P73 apiece. — Justine Irish D. Tabile