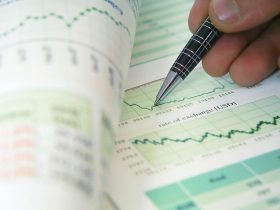 SURAKARTA, Indonesia — The Philippine campaign in the 11th Association of Southeast Asian Nations (ASEAN) Para Games goes into overdrive on Monday with national para-athletes seeking to contest 32 gold medals in athletics, swimming, and powerlifting in separate venues here and in the neighboring city of Semarang.

Tokyo Paralympians Jerrold Mangliwan and Jeanette Aceveda spearhead the track and field challenge at the Manahan Stadium where 20 golds will be up for grabs in the first major international stint for the majority of these athletes since the 2017 Malaysia edition of the meet.

WHEELCHAIR RACERSWheelchair racers Mr. Mangliwan, who won two golds in the 2015 Singapore ASEAN Para Games, and teammate Rodrigo Podiotan, Jr. are vying in the men’s 100-meter T52 race inside the sprawling 20,000-seat arena. Ms. Aceveda, a triple gold medalist in the 2013 Naypyidaw, Myanmar Games, who is visually impaired, is scheduled in the women’s discus throw F11-13 in the overseas stint supported by the Philippine Sports Commission.

Wheelchair racer Arman Dino will try to surpass his silver-medal finish in the Malaysian capital of Kuala Lumpur five years ago when he competes in the men’s 100-meter run T47 together with Arvie John Arreglado.

Flag-bearer and two-time Asian Para Games silver medalist Achelle Guion tries to contribute to the country’s medal production as she competes in the women’s 45-kilogram event of powerlifting at the Solo Paragon Hotel. Also eyeing medals are Marydol Pamati-an and Denesia Esnara in the women’s 41-kg and 50-kg categories, respectively.

In other action, the national men’s and women’s wheelchair squads kick off their bid in the five-a-side basketball tournament both against Cambodia at the GOR Sritex Arena.