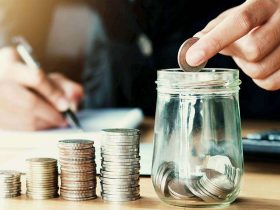 RENEWABLE ENERGY (RE) plants can be counted on to reliably service power demand more than coal-fired facilities, even though RE is saddled with a reputation for being intermittent because of the variability of solar and wind sources, a data scientist representing the Institute for Climate and Sustainable Cities (ICSC) said on Thursday.

“When we have too many baseload power plants (powered by coal), we will have too much power when we do not need it and not enough when we do. What we need is flexible generation to have enough power whenever we need it,” Mr. Manansala said.

He noted that the Philippines is rich in wind and solar resources, and needs to focus on distributed energy generation to achieve the desired flexibility.

The Department of Energy estimates that the Philippine power mix is 47% coal-fired. Natural gas accounts for 22% and renewables 24%, including hydro, geothermal, wind, and solar. Oil-based sources account for 6.2%. — Ashley Erika O. Jose

BLOOMBERG The US Centers for Disease Control and Prevention (CDC) ...

Arsenal Football Club has been reprimanded by the Advertising Standards ...

The business empire of Philippine tycoon Dennis A. Uy, which ...