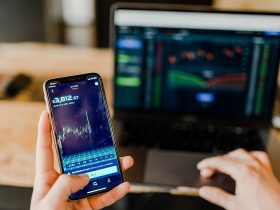 The new lager was launched at a party at Rockwell earlier this month. While the music was loud and pumping, the mellow crowd reflected this beer’s tamer approach. The new Heineken Silver had a smoother, creamier mouthfeel, and had banana and bubblegum notes. It also has an alcohol content of 4%, compared to Heineken original’s 5%. Compared to the Silver variant, the original has a more pronounced nuttiness.

The Heineken website explains that the less aggressive taste is obtained through a lagering process at -1° Celsius. “By brewing Heineken Silver at -1°C, more cold haze is allowed to form and be filtered out. This removes proteins and rough-tasting tannins, leaving a delightfully refreshing taste that’s accessible and easy to drink,” the website explains.

The brand also has a zero-alcohol beer called Heineken 0.0. Philippines Country Manager Michael Vainio said, “We were always saying ‘don’t drink and drive.’ This time it allows people to enjoy and celebrate, and yet if you have to drive, you can have a beer.”

Heineken announced a new partnership structure last month (https://www.bworldonline.com/corporate/2022/06/22/456402/dutch-beer-brand-to-boost-philippine-presence/). It entered the Philippine market in 2016 as a joint venture between Asia Brewery, forming an entity called AB Heineken Philippines (ABHP). The new Heineken Philippines “has put up its own sales and marketing office based in Manila,” according to the story.

“As we moved into 2020, we moved into a new structure. They still do brewing for us, they do distribution for us. However, the sales and marketing is directly Heineken,” said Mr. Vainio in an interview with BusinessWorld. ‘We’re now 100% owned by Amsterdam,” he said. The Amsterdam-headquartered Heineken N.V., founded in 1864, is the world’s second largest brewer (according to Reuters). “However, it’s only the brands that we own, which are Heineken and Tiger. I think ABHP had other brands as well.”

According to the previous BusinessWorld story, one of the restructuring’s aims is to boost its presence in the Philippines. Explaining what makes this market so appealing, Mr. Vainio said, “If you look at it right, I think the Philippines in general has a huge market for beer. I think historically, it’s always been there. As we move along after COVID, I think there’s this view from us that potentially, brands like Heineken will definitely kind of be able to penetrate some consumers.

“It’s not only [that] we’re talking about a drinking population; I think it’s also ensuring that we’re able to give consumers new products that fit their needs.” — JLG

JOB SEEKERS fill up documents during a job fair at ...