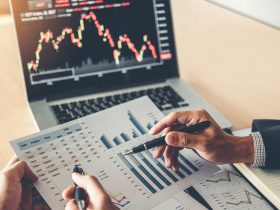 Third of UK households were living beyond means before Covid

THE no-lockdown policy declared by President Ferdinand R. Marcos, Jr. during his State of the Nation Address (SONA) will help the restaurant industry and other frontline businesses, which oppose measures that cut down on foot traffic and mobility, the Department of Trade and Industry (DTI) said on Tuesday.

Trade Secretary Alfredo E. Pascual told reporters on the sidelines during the post-SONA economic briefing in Pasay City that restaurants will be more confident in doing business if a no-lockdown policy is observed.

“The businesses are always for no lockdown. Clearly, the reason why many frontline establishments collapsed is because there are no customers going to them… With no lockdown, the restaurants will be accessible to consumers,” Mr. Pascual said.

Mr. Marcos said in his SONA on July 25 that he will seek to balance the needs of public health and the economy over the remainder of the pandemic.

Mr. Marcos said the government is talking to drug manufacturers to bring down the cost of medicine, particularly for generic drugs.

Mr. Pascual confirmed that he has met with the Pharmaceutical and Healthcare Association of the Philippines (PHAP) and plans more meetings with the goal of expanding domestic production.

“I’ve met with the PHAP and we had a good exchange. I’m also going to meet another pharmaceutical company association consisting of domestic companies,” Mr. Pascual said.

“The thing here is how you convince consumers… that generics, especially from reliable producers or manufacturers, are as good as the branded alternative. It is in the advertising or promotion of their products,” Mr. Pascual said.

Separately, Mr. Marcos also said during the SONA that he directed the Philippine Competition Commission (PCC) to ensure an equal playing field among pharmaceutical companies.

“Inuutusan ko naman ang PCC na pantay-pantay dapat at walang kartel sa hanay ng mga pharmaceutical companies. Dahil kapag bukas ang merkado, bababa ang presyo ng gamot para mapakinabangan ng ating mga mamamayan (I have ordered the PCC to ensure fair competition and deter cartel behavior among pharmaceutical companies. An open market will bring down drug prices to the benefit of consumers). This is one of the hard lessons that we learned when the pandemic struck, and therefore, we must act on that shortcoming,” Mr. Marcos said.

PCC Officer-in-Charge Chairperson Johannes R. Bernabe said in a statement on Tuesday that the commission has been monitoring potential anti-competitive practices, including cartel behavior, which may be taking place within the supply chain of pharmaceutical products.

“The PCC will pursue with even more resolve inquiry into the pharmaceutical sector, on top of its current efforts in this priority sector,” Mr. Bernabe said.

Tourism Secretary Ma. Esperanza Christina G. Frasco said in her post-SONA economic briefing that she is planning to offer incentives to encourage sustainable practices within the industry.

“It’s very important to incentivize sustainable tourism,” she said, adding that her department is planning to introduce “incentives for the private sector (for implementing) green policies… as well as… measures that promote environmental protection, energy-efficient usage, and the like,” Ms. Frasco said.

“On the part of the local government units… it’s very, very important to institutionalize zoning and land use regulations, in that we strictly implement the regulation of the development and the use of tourism destinations, to ensure that [its] use as a tourism destination lasts for the long term…,” Ms. Frasco said.  — Revin Mikhael D. Ochave