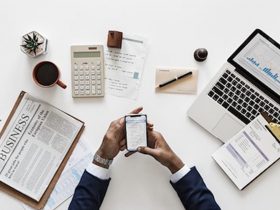 THE COUNTRY’S largest labor union is pressing for the declaration of coronavirus as a compensable disease, citing the risk faced by workers amid the continued rise in cases.

In a statement Tuesday, the Associated Labor Unions-Trade Union Congress of the Philippines (ALU-TUCP) said it sent a letter to the Employers Compensation Commission (ECC) stressing the importance of adding coronavirus disease 2019 (COVID-19) to the list of 32 occupational and work-related compensable diseases.

“More than a year into the declaration of the national state of emergency amid the onslaught of COVID-19, thousands of ECC members in private and public sectors have succumbed to the fury of COVID-19 following their exposure to the virus at the workplace and while performing their work,” the group’s National Executive Vice President Gerard Seno said.

The letter was sent jointly with the Building and Woodworkers International.

ALU-TUCP said survivors of the virus have experienced added financial burden due to medical costs and loss of income.

WAGE SUBSIDY
Another labor group, meanwhile, called on the government to grant a P100 daily wage subsidy to workers in Metro Manila affected by the ongoing stricter quarantine rules.

In a statement in Filipino on Tuesday, Kilusang Mayo Uno (KMU) Secretary General Jerome Adonis said the value of wages has eroded due to the increasing prices of basic goods.

The National Capital Region last had a wage increase in 2018, the KMU noted. The current daily minimum wage is P537 for private sector workers.

Lawmakers belonging to the Makabayan bloc has filed House Bill 9262, which will provide an emergency daily wage subsidy of P100 to 23 million workers.

“The government must take action to increase the unjust wages that workers receive. Amid the continuing rise in prices of basic goods and the worsening situation of the workers, this P100 daily subsidy will be a big help,” he said in a statement in Filipino. — Gillian M. Cortez